Two weeks ago, on Monday 26 August, both Year 11 Legal Studies classes went to the Dandenong Magistrates court, and sat in listening to ‘real life’ court hearings, to further understand how the law is upheld.
The morning didn’t start without controversy, with security confiscating Matt Vovos’ key chain as it was deemed a weapon, and questioning James Carrig for the strawberry donut in his pocket that was detected by the metal detector! Eventually, everyone made it through security, as we began our morning in the Magistrates’ court.
Throughout the day, we sat in three different courtrooms, all specialising in different areas of civil law. From the common speeding fines and drink driving offences, to the more serious drug related charges, everyone was engaged as the magistrates considered the evidence, and handed down appropriate punishments. We then sat in a courtroom in which we heard a confronting domestic violence charge against a drug-affected man. A tense and heated exchange between the accused and police prosecutor saw a lengthy hearing, as the accused fought to defend his violent actions towards his former partner.
One of the highlights was when one of the magistrates voluntarily gave us a brief ‘tour’ of the courtroom, pointing out key features such as the witness box, explained the role of the Clerk, as well as giving us a quick lesson on Magistrates’ courts as a whole, and her role as a magistrate. Furthermore, sitting in court enhanced our knowledge of how the courts uphold the principles of justice; fairness, equality and access. Every party was treated fairly regardless of their age, race, and gender, as well as having the right to legal representation and/or an interpreter if needed.
Overall, our day at the Dandenong Magistrates’ Court was extremely beneficial and enjoyable for all the boys, as it enhanced our knowledge of the courts as we prepare for our upcoming exam, and year 12 legal next year. 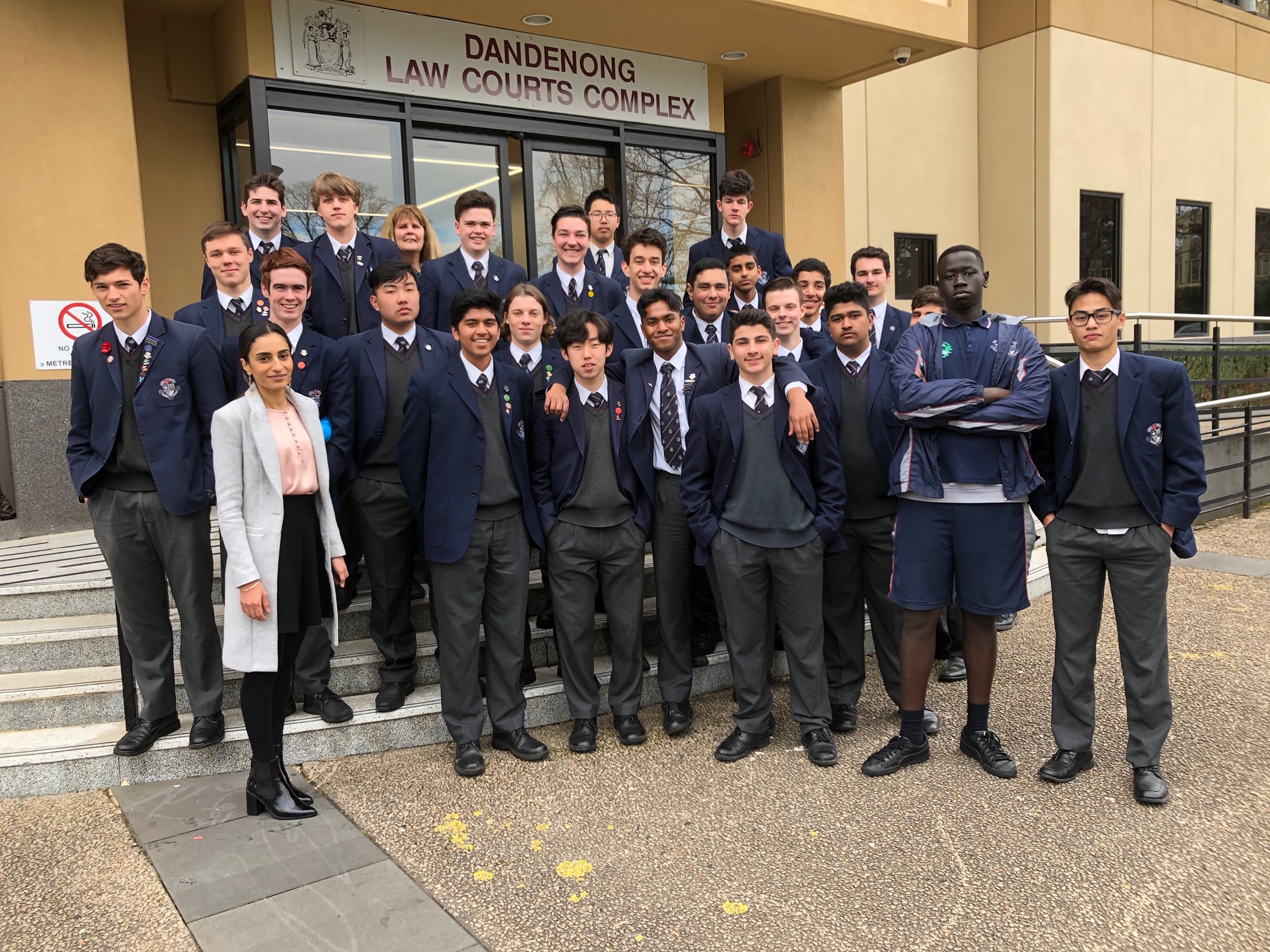