“MUNA was one of the greatest experiences of my life and gave me a real insight into the world of politics. Leading up to the big event, much preparation was put into it. Mitch and I were writing up documents and info sheets about our country, Lebanon, and other countries of the world. We also discussed, on many occasions, what our countries stance on the topics given to us would be, and how we would debate them. It was a real struggle to figure out where other countries stand on these topics and how we would rebut them. On the day there were a few nervous beginnings but soon everyone became familiar with one another and we were ready to start. The debates started with the Secretary General announcing the topic to the assembly with a proposer for the topic coming forward to support it. The Secretary General then asks for a seconder who supports the proposer and an opposer who is against the topic. After these three people have spoken, the floor is given to the rest of the assembly who are able to speak their mind on the topic. There was also time for people to interrupt other countries speeches due to a factual inaccuracy which Mitch and I enjoyed doing! The day was a really fun day and I loved being a part of the whole event and being able to see how a real UN would work.”

“The Modelled United Nations Assembly was such a great activity to be involved in. I was able to meet all types of new people, all of which enjoyed talking about politics around the globe, what was happening in today’s society, and had many similar interests as myself. Yet, it was not all just politics. Many of the people who also represented their countries were great and made it a highly enjoyable weekend. I strongly urge anyone who enjoys politics and meeting nice and new people to take part in activities for our school such as this one. It was great to represent Salesian College Chadstone in at such a prestigious event and meet great people along the way.”

A special thanks to Ms Samantha Carey for accompanying Mitch and Angus on this excursion. 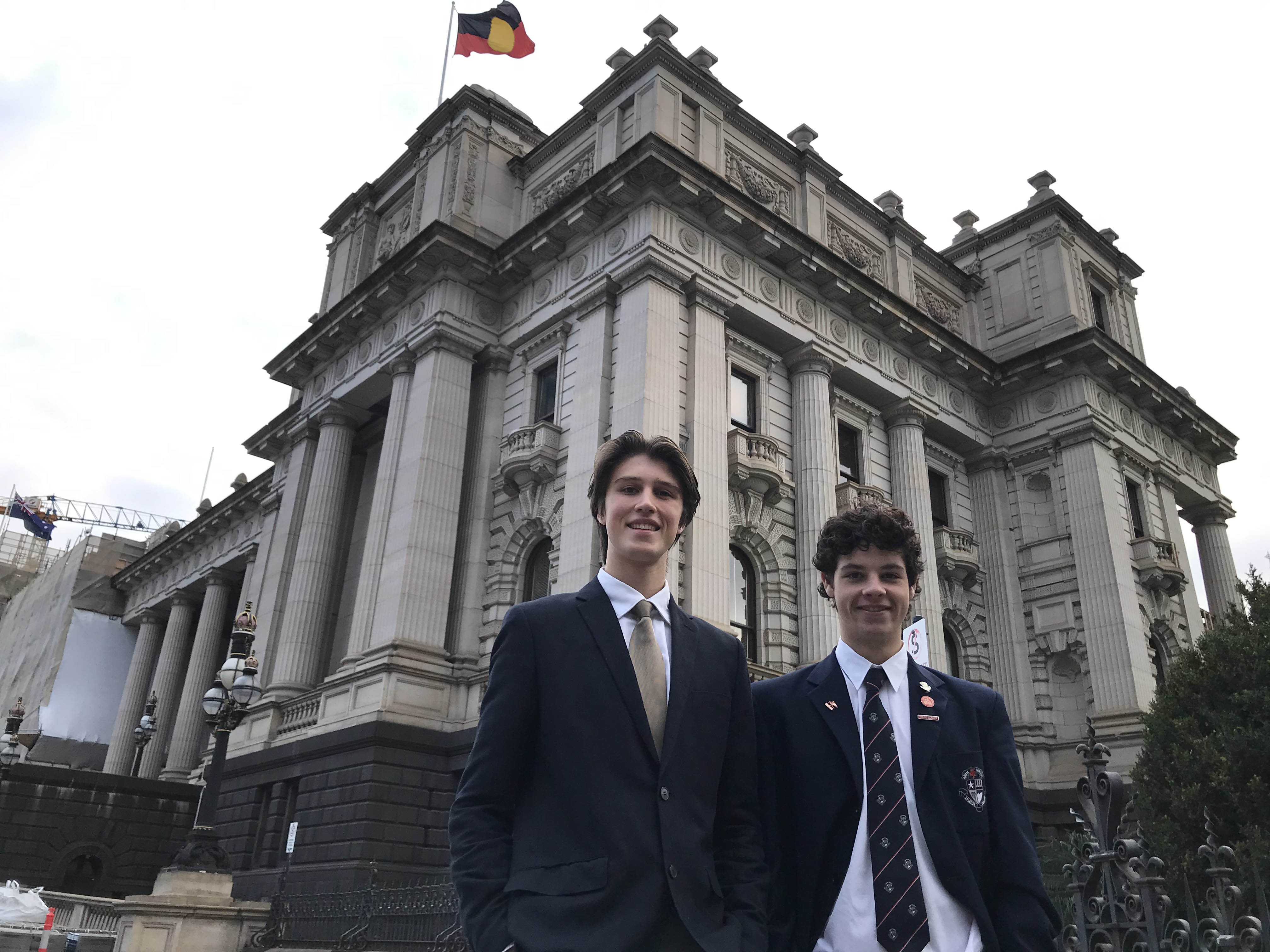 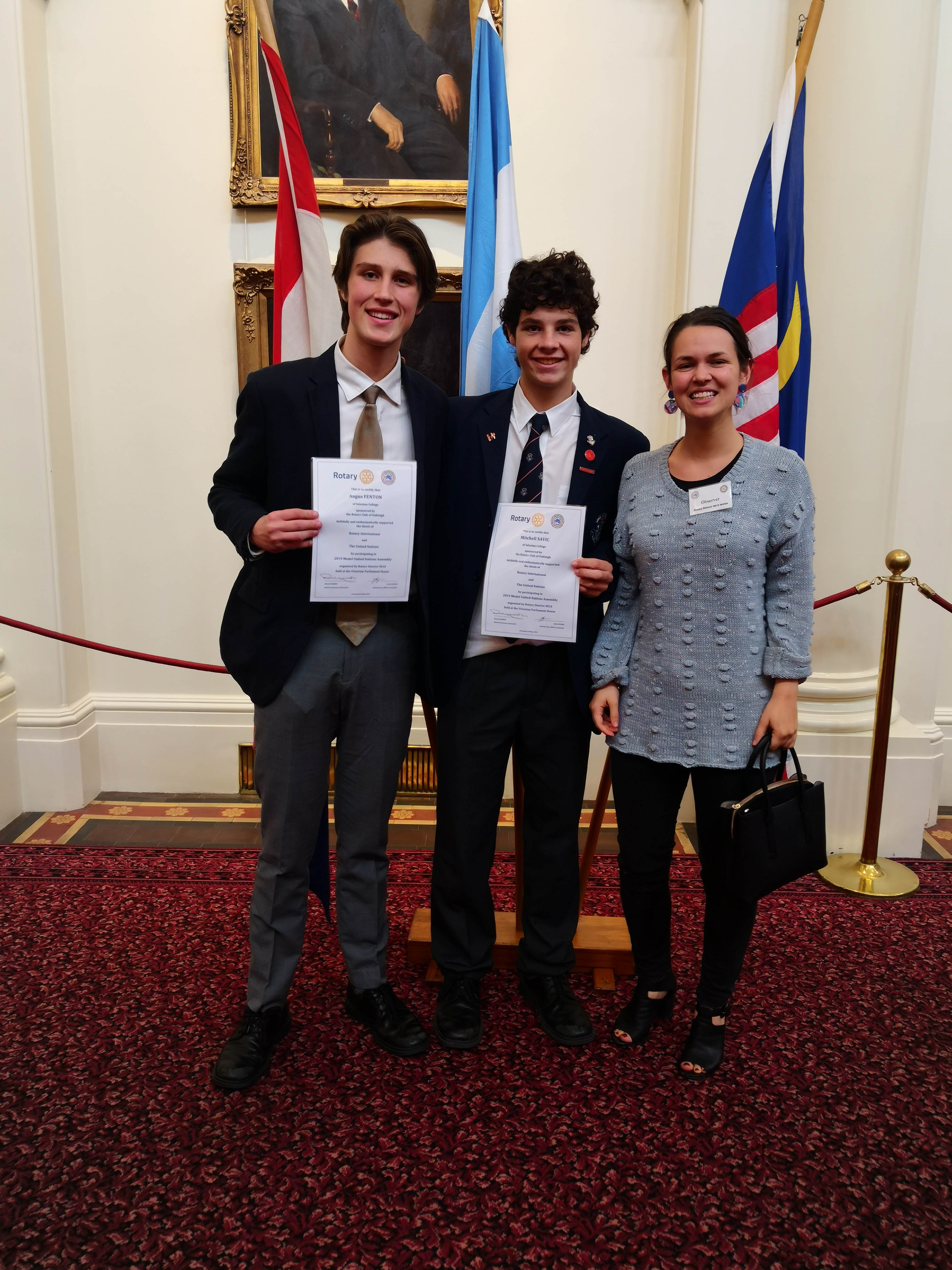 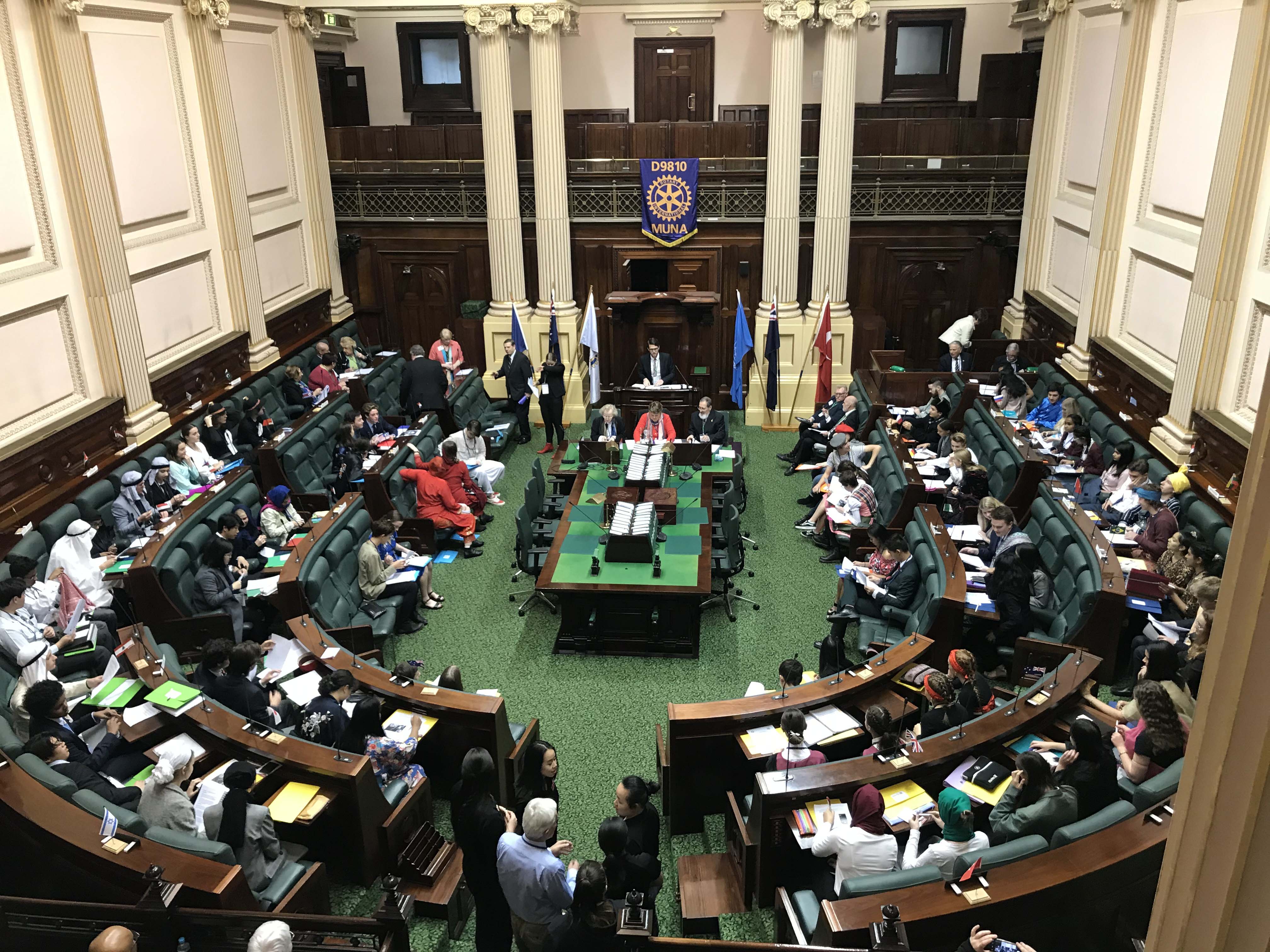