On Medieval Day, students participated in Medieval Music and Dance, Arms and Armour and Clothing and Lifestyle sessions, as well as an array of other activities and games. We learnt that musicians in medieval times would have played the flute, drums and a ‘hurdy-gurdy’, which was a string instrument with a circular disk that acted as a Violin bow. Wealthy people in the Medieval Age would make their leather belts or sleeves longer, to show off that they could afford to spend more money on their clothes. People entertained themselves by playing games such as soccer, using the field between two villages and a pig that could have fed a village as a ball! In one game, a person would be blindfolded and have a stick, and another person would wear several bells. The goal was to get the stick near a kettle and hit the kettle multiple times without hitting the person. I

In the Arms and Armour session, we learnt what knights wore to protect themselves, what weapons they used and why they used them. I found this session the most interesting. I learnt that using a spear was cheap and effective as you could attack from a distance and it was easier countering someone on horse back. Near the end of the session, we were even able to experience a small ‘sword fight’ against other students in my class (not with real swords though)!

Medieval Day has helped further my learning of Humanities as it has improved my understanding of the clothes, musical instruments, games, weapons and armour that people living in Medieval times used to experience. 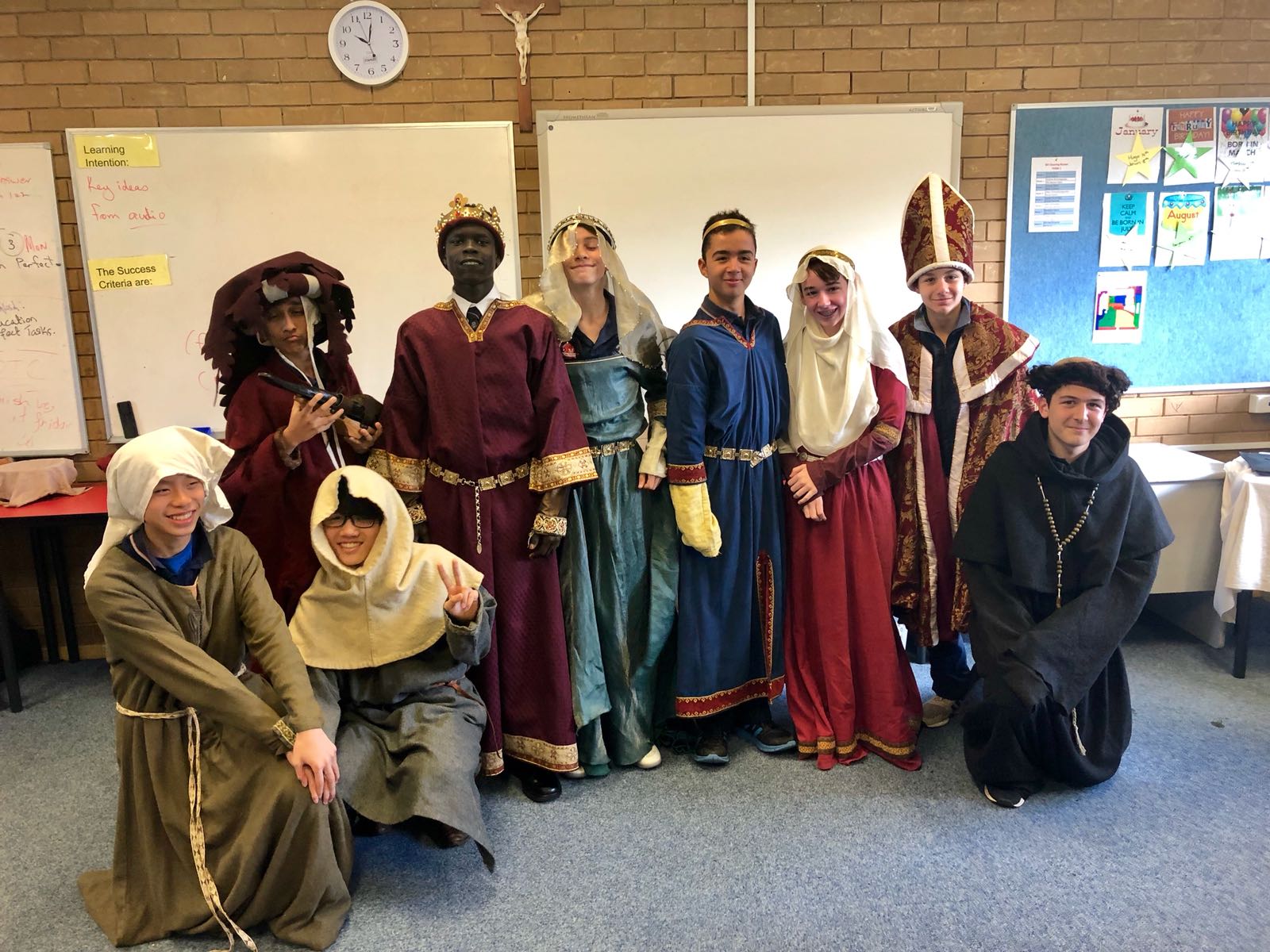 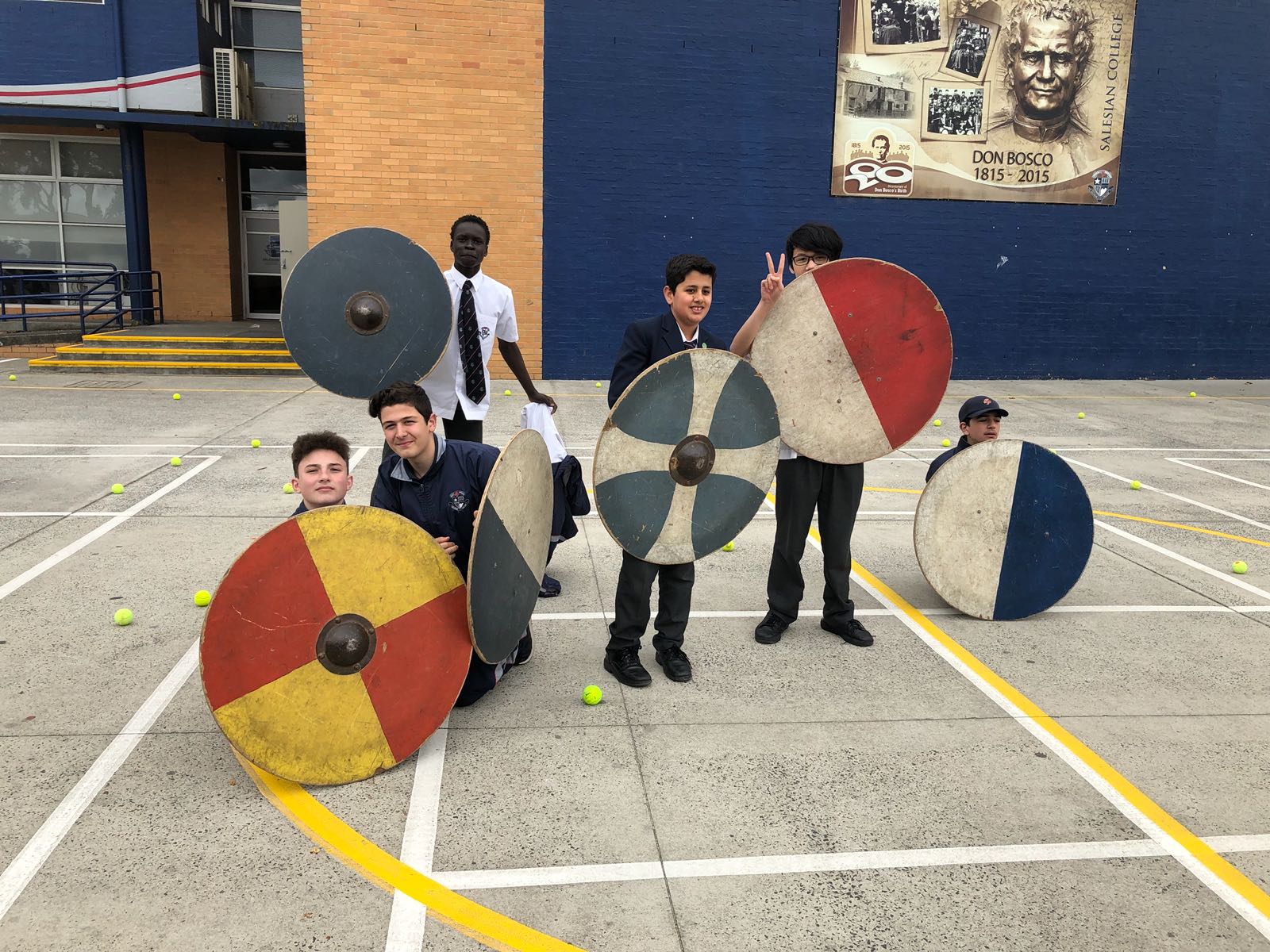