During the first few weeks of the second term, all Year levels are participating in the experience of a “Resurrection Mass”, referring specifically to Easter, and the events that are associated with the Passion, Death and Resurrection of Jesus.

Without doubt, Easter is the greatest feast in the Christian calendar, and it is commemorated every year. In a certain sense it is a pity that the various Churches have not agreed on a common date every year, like we have for Christmas.

Anyone interested in exploring or studying further the whole concept of Easter and the Resurrection of Jesus can find all they want to know on Google. Look up: “The Case for Easter” by Lee Strobel, or a similar topic.

Here I would like to share two reasons why Easter is also a very important feast for anyone associated with Don Bosco’s Salesian story. (I have spoken about this to all the students at Mass).

Firstly, shortly after Don Bosco was ordained a priest, he was asked to continue post-ordination studies in Turin. There he immediately came across groups of young people, with little or nothing to do, getting into trouble with the law, and ending up in prison. He visited many of them in places that were not fit even for animals!

So Don Bosco decided to gather these boys together to prevent them from going to gaol. He called these gatherings (mainly on Sundays) “ORATORY”. While the number of boys increased every week, Don Bosco did not have a permanent place for his Oratory. Due to the noisy nature of the gatherings, Don Bosco and his boys were evicted from several places, until one Sunday, when he had to tell the boys that he did not have a place for them to meet in the future. But then, out of the blue, an elderly gentleman came to speak to Don Bosco. This gentleman had on offer a large paddock and a shed nearby. Don Bosco accepted the offer and paid the rent in advance. Then he told the boys to come back the following Sunday, to that paddock. 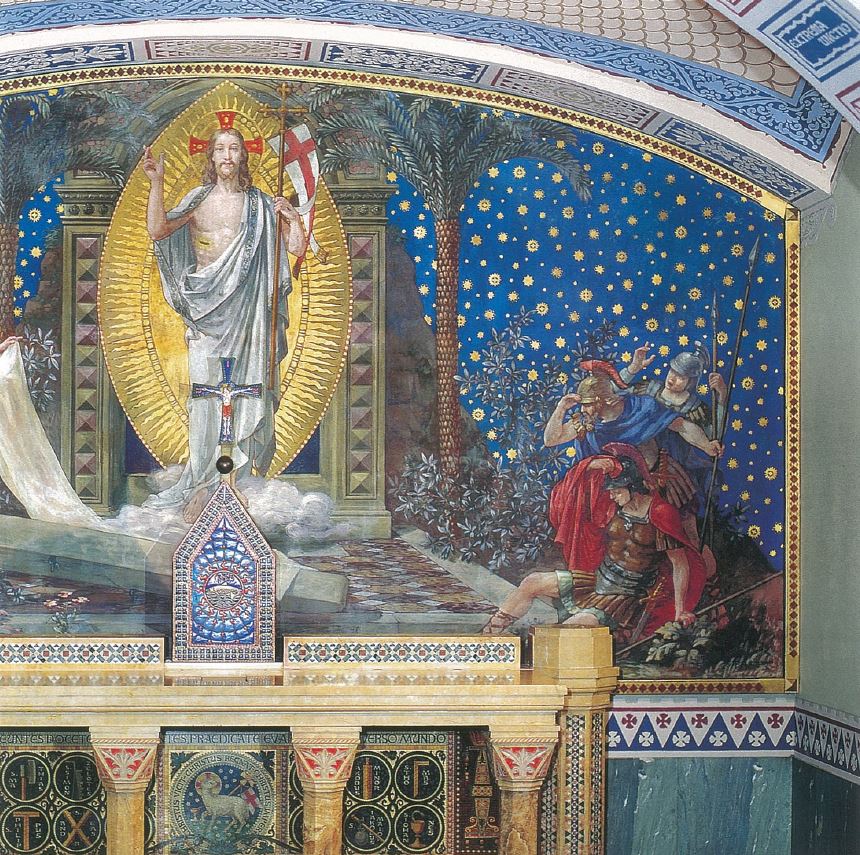 A painting of the Risen Jesus in the small chapel where Don Bosco and the Oratory boys gathered on the permanent site on Easter Sunday 1846.

That Sunday was Easter Sunday in 1846. Don Bosco eventually bought the whole property, and the Salesians have occupied that site to this day! So the permanent home of the ORATORY began to function on the day of the Resurrection – Easter Sunday. Alleluia!

Secondly, Don Bosco was declared a Saint of the Catholic Church on 1 April 1934. That day was Easter Sunday! No other saint has ever been proclaimed a saint on Easter Sunday. Don Bosco has this unique claim and privilege… 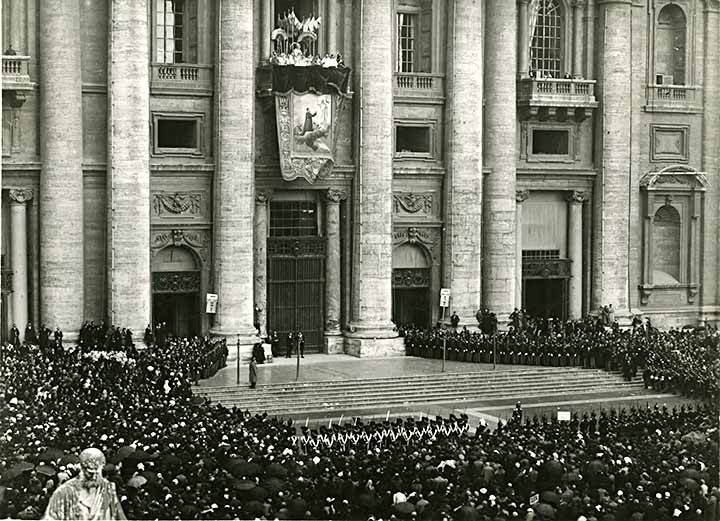 Therefore, the “Salesian way” of life is closely associated with Easter. Oratory is Easter and Salesian Sanctity is Easter. So everything that makes Easter (peace, faith, joy, trust, mission, commitment, new life, eternal life, etc.) is part of the Salesian way.

May the blessings of Jesus, the Risen Lord, be with you and with your dear ones.