On Wednesday 16 October, along with Mr Loonstra and Mr Azar, thirteen Year 11s were selected to represent Salesian College at the ACC Leadership Workshop held at Mazenod College. All these boys were selected by the school due to their contribution towards ACC sport and being identified as potential future leaders of the college. Our day began with Don Elgin, a motivational speaker, author and former Paralympic world champion, speaking to all the students about his life and providing words of encouragement in regards to what leadership is and should be like. After this, the thirteen of us were split into three big groups, being mixed with other students from different schools and participating in three main activities. These were, physical challenges held by Dom Scarpino (a former staff member of Salesian), a leadership interactive session with Don Elgin and a leadership skills workshop held by Luke Wintle. All these activities were aimed at getting students meeting new people and interacting with other boys from different colleges as well as developing new skills and knowledge about leadership that could be essential in the future. The day was a huge success with students learning new skills they didn’t know before whilst meeting new people throughout the day. I would like to thank Mr. Loonstra and Mr. Azar for accompanying us students to Mazenod and throughout the whole day. I would also like to thank all the thirteen students who fully participated in all the activities and representing Salesian beyond what was expected. 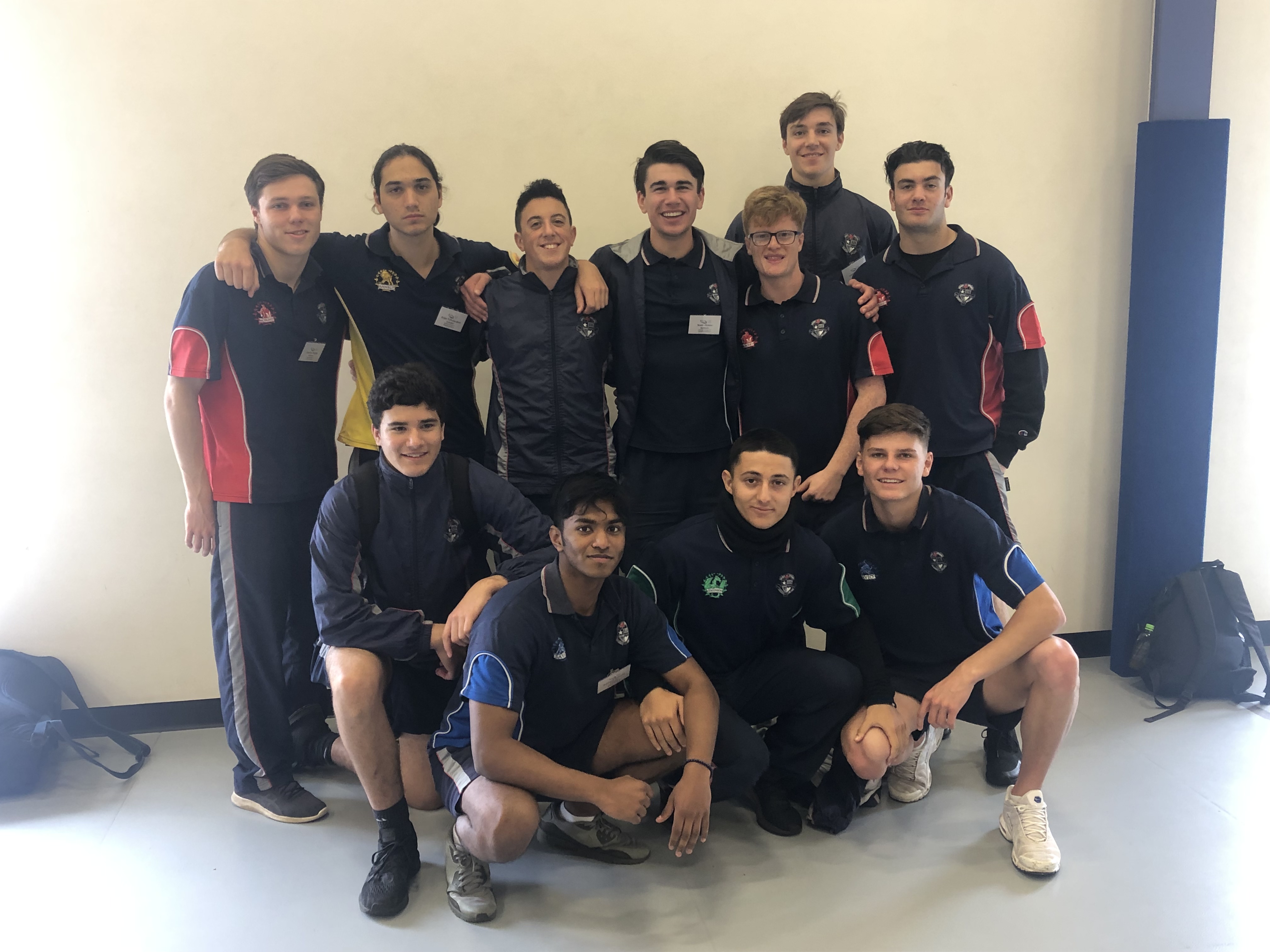 Year 10 Cricket – The boys had a comfortable win over St Joseph’s FTG. We chased down their score of 9/106 easily, only losing 1 wicket in the process. Prajay Paramesh (41), Tom Cashman (30*) and Will Iverson (28*) were fantastic with the bat, while Steven Tran was the pick of the bowlers with 2 wickets.

Year 10 Tennis – The boys managed to get their first win of the season, with a 10-87 to 2-34 win over De La Salle. Shanelle Algama, Jack Johnson and Schron Satheesh were our best players.

Year 9 Cricket – A great first game for the boys, bowling De La Salle out for 74, and chasing them down only losing 5 wickets. Navraj Gill (36) top scored with the bat, while Sam Ison and Luke Ajani both took 3 wickets each.

Year 9 Tennis – Unfortunately, the boys continue continue their good start to the season, losing to St Bede’s 5-73 to 7-81. Ben Harris, Dilenne Algama and Spiro Louras were our best on the day.

Year 9 Volleyball – Mixed results against St Bede’s, with the A’s winning 2 sets to 1 but the B’s going down in straight sets. The best players for the A’s were Jake Johnston, Daniel Amendola and Jackson O’Meara, while our best for the B’s were Narichard Chann, Enrique Soria and David Hickey.

Year 7 Cricket – A narrow loss against St Bede’s in some very ordinary weather. We only managed 9/76 when trying to chase down their total of 7/105. Ronit Rehal (32*) was by far our best batsmen, while Lucas Jones and Jamie Ubachs each claimed 2 wickets.

Year 7 Tennis – Another tough loss for our boys, going down 1-18 to 11-72 against St Bernard’s. Ben Green, Julian Metsios and Sam Gould were our best players.

Year 7 Volleyball – Another double win, with the A’s winning in straights and the B’s winning 2 sets to 1 over St Bernard’s. The A’s best players were Andrew Tan, Bailey Fanton and Lachlan Namdarian, while our best for the B’s were Jamieson Ly, Ben Prabhu and Ben Yang.