Welcome to Week Six of Term 3. As we enter the second half of this term, we acknowledge that it is a very important time for all of us but especially for our senior students. Our Year 12 boys have eight school weeks left, a very short amount of time to get things right . We encourage them to organise themselves and work hard to ensure they finish their secondary schooling as best they can.

Last weekend we enjoyed a mid-semester break which I hope provided our students the perfect opportunity to catch up on any work they have let slip and to reassess their goals for the remainder of the year.

A week ago, the Year 8 boys were able to enjoy a week break from classes as they participated in their camp and Medieval and Civics Days back here at school. 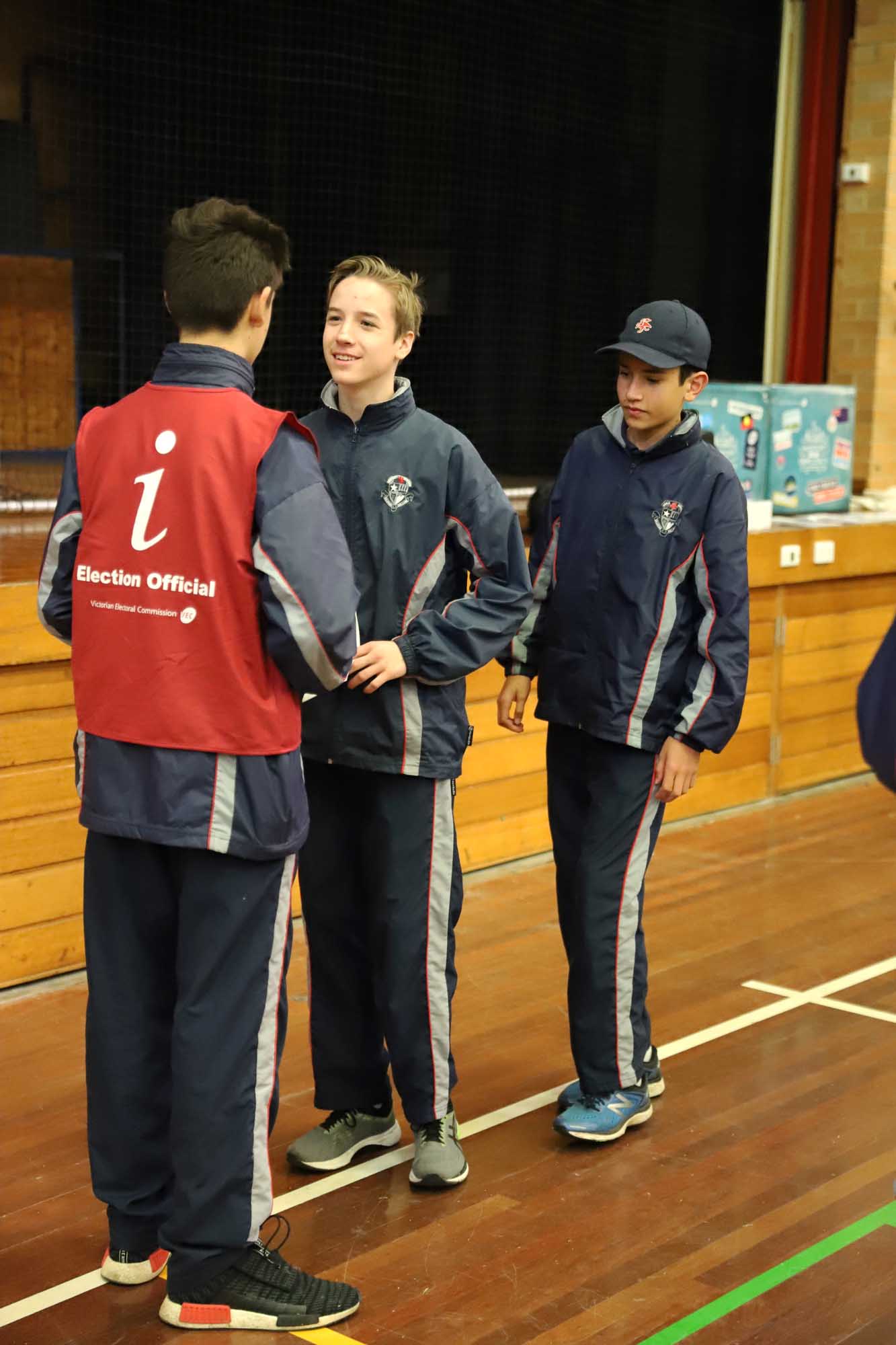 Reports filtering back indicate that all went well in spite of the very adverse weather conditions. The boys were quite remarkable given that a number of the planned activities had to be cancelled due to the weather, which is a real credit to them. Thanks to the Mr Craig Giles and the team for giving up their own time to ensure the boys enjoyed their camp.

Last week, the Year 10 boys had the pleasure of enjoying a night of dance with the Year 10 girls from Sacred Heart Girls’ College. They had a wonderful night on Thursday night and I would like to compliment them on their behaviour. The College wishes to thank Mr Byron Chen for all his planning and organisation and all the other staff who attended on the evening for ensuring this great social event could take place.

On Thursday of last week staff and students celebrated the Feast of the Assumption. The boys entered into the celebration with a reverence that went beyond what I have come to expect on such occasions making for a beautiful service. We would like to thank Miss Melina Barcelona and Mrs Nadia Knight and their team of helpers for putting the Mass together, the priests who celebrated the Mass and to all the staff for their supervision. 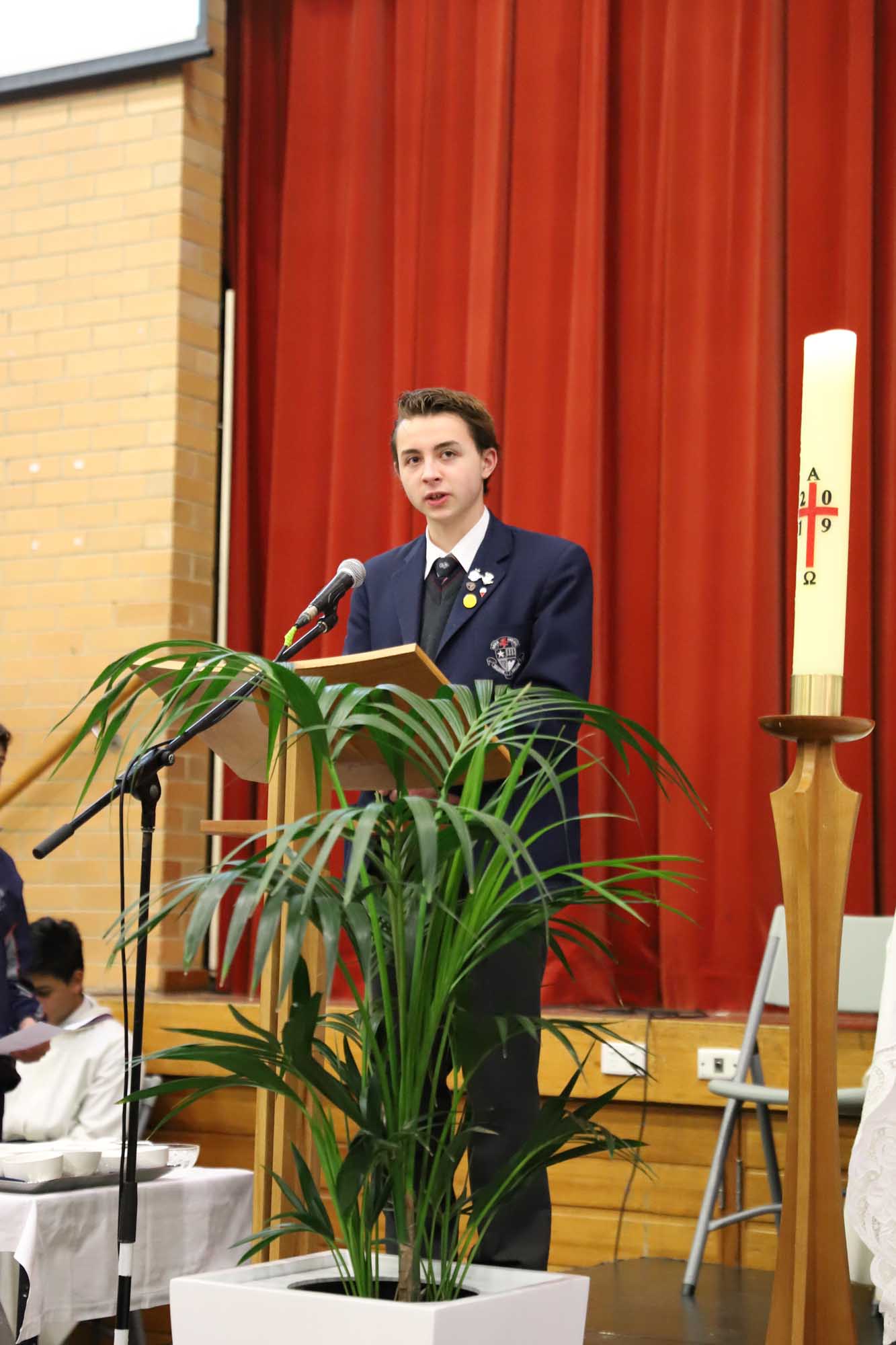 I would like to thank and congratulate Ms Emma Marsh, Mr Nick Shaw and the science team for all the planning and preparation that went into a wonderful celebration of science during Science Week. There were quizzes, activities and problems to solve, providing all the boys the opportunity to share their knowledge and enjoy the challenges Science Week provided.

In this week’s blog I would like to share some excerpts from a talk given at the Salesian Family Dinner I attended on Saturday evening as part of the Saint John Bosco Birthday celebrations. It was a fine gathering of like-minded people who have one thing in common; their connection to the Salesian family. The gathering was a mix of Salesian priests, brothers and sisters, representatives of the Australian Salesian institutions from around the Australia Pacific region, staff from Salesian schools and Salesian co-operators all sharing the joy of being involved in the Salesian works. Part of the evening was taken up by a key note address by Teaghan Dolan, a vibrant member of the CYMS group and she spoke of her experience of being involved with the Salesians.

She began by saying that she doesn’t recall with detail most of the experiences she has shared with the Salesian Family, rather it was the memories of the feelings that have characterised those experiences, and in particular the presence of love in a Salesian setting.

She has been involved with the Salesians for about five years, coming into contact with them at just the right time for her. She had no history of Salesian involvement, she wasn’t educated by Salesians, and she had not experienced the Salesian summer camps in Dromana. At the age of eighteen, her introduction to the Salesians came when she discovered the Don Bosco Camp Leadership Program. Teaghan had a mindset typical of this age group, focused on what was happening in the moment but with no real plans other that what she was doing in the present. She had been engaged with other youth ministries but what struck her about the Salesian ministry was the longevity of involvement of so many young leaders that she met on her first leadership camp.  She said this was a little scary at first, and put her off, and she certainly didn’t have any real plans or intent to become a Salesian Leader at the end of that camp.

But something sparked in Teaghan a sense of curiosity towards the Salesians over that week, and that initial week of leadership camp wasn’t the last she spent with the Salesians. She has spent the last five years with the Salesians and has remained curious. She has been involved in all sorts of Salesian works and communities, with the most recent being last year’s Cagliero Project, which involved spending 12 months in Cambodia, remaining curious throughout. It was never enough for her to just see the good works of the Salesians, or to just be told about the persistence and love of Don Bosco. She needed to understand why, as she too wanted to emulate those qualities.

It was at this point she captured my thoughts as she unpacked what it was that had connected her to the Salesian story. She went on to explain that it was the familiar feeling of being loved that she felt when she was with the Salesian group that convinced her to stay on. She described the encounter as being like unpeeling an onion. Teaghan described a layer of initial joy, fun, laughter, and games, of generally enjoying a happy time. Discovering the second layer was realising that that feeling of joy and happiness is actually a feeling of love. Uncovering the third layer meant realising that the Salesian leaders, Brothers, Sisters and Priests are capable of showing you that love because of the example of Don Bosco. The deeper, fourth layer came with the realisation that Don Bosco wasn’t able to become the example he is to us alone, rather it was only possible with the assistance of Jesus and Mary. At the heart of it all, the final layer, is realising that all of these works, all of the layers are manifestations of God and God’s love. She challenged all of us to consider our own stories and ponder what we remember of our first encounter with the Salesians, suggesting that it would be highly likely this too would be of that feeling of love.

Teaghan explained how her experience in Cambodia reinforced her understanding of Salesian love and presence. She described how the students in Cambodia saw their staff as family with all the love that comes with being a family. The predominantly Buddhist students understood this ‘family spirit’ with the Salesians, and despite the fact they might differ in religious beliefs, she had never met young people that carried Don Bosco so steadfastly in their heart. Visiting Cambodia was pivotal for her understanding of why she calls herself Salesian, and it was only through that heart of Don Bosco that her students carried, that she was able to come to such an understanding – and unsurprisingly it linked back to that relationship of love, Don Bosco and Jesus. Through Don Bosco’s example he has given us as Salesians the means to act like a bridge for young people to meet God, and it’s because of the creativity that exists within us as a Salesian Family – that instead of seeing where this bridge leads, we initially see that first layer of joy, fun and happiness.  There was no need for the fancy facilities that many of the Salesian schools in the west have. For it to be a good school, all that is required is the love that Don Bosco wanted us to share with our students.

So I ask all in the community two questions; have we experienced the love and joy that Teaghan so beautifully described on Saturday? And probably more importantly, do we allow others in the community to experience that love by our interactions and actions? May we all continue to be that loving presence to each other as we go about our daily duties.