On Thursday 20 June we were joined by over 110 members of our community at our annual Legacy Breakfast. Established in 2017, our Legacy Breakfast is part of our Don Bosco’s Oratory Week community celebrations. The morning recognises the importance of tradition, and encourages our students to consider their own legacies, built on a foundation of Salesian values. Our theme for 2019, ‘Speaking Up’, encouraged us all to have the courage to speak up in times of hardship.

Our key note speaker Wayne Schwass perfectly echoed the morning’s theme in the moving story of his struggle with depression and anxiety as a former North Melbourne and Sydney Swans footballer. As founder of ‘Puka Up’, a social enterprise focusing on health, emotional wellbeing and suicide prevention, Wayne emphatically encouraged all our students in attendance to ‘speak up’ when they are struggling, and to never be fearful of expressing vulnerability to their loved ones. To learn more about Wayne Schwass, watch the video below.

As a College, we recognise the tradition of past pupils with sons currently at the College.

In 2019, we acknowledged specifically the following new Year 7 students and Dads, who were able to be present on the morning: Joseph and James Salvatore, George and Christos Babatsias, Anthony and Giuliano Saraullo, Simon and Patrick Sutherland and Luca and Adrian Mandile.

At our 2019 Legacy Breakfast, we acknowledged those in our community who have had the courage to speak up in times of adversity. Class of 1968 Salesian College Chadstone past pupil Graeme Sleeman is recognised by the College as a man of integrity for the role he has played in uncovering truth in the Royal Commission Institutional Response to child sexual abuse that took place during his serving years as Principal at Holy Family School Doveton between 1982 – 1987. At our Legacy Breakfast, the College formally acknowledged the harrowing time Graeme and his family endured because of his stance, awarding him with our 2019 Legacy Award. 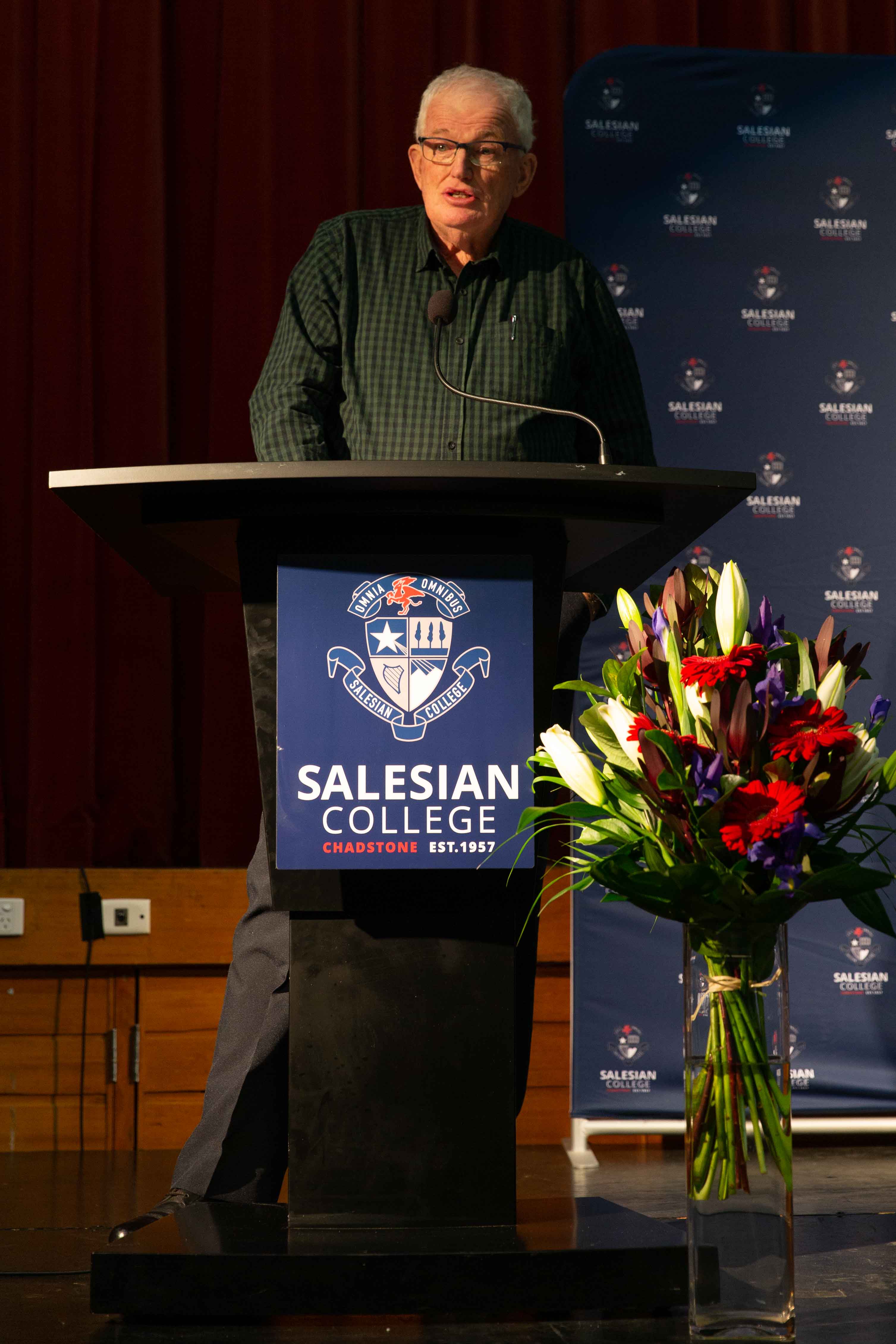 We also took the opportunity to rectify an injustice, acknowledging those past students who were not awarded Dux during their time at the College despite having achieved the highest ATAR in their cohort. This error in our College records was the result of a change in the method of calculating ATAR scores. Our College Honour Boards have now been updated to include the correct Dux records. 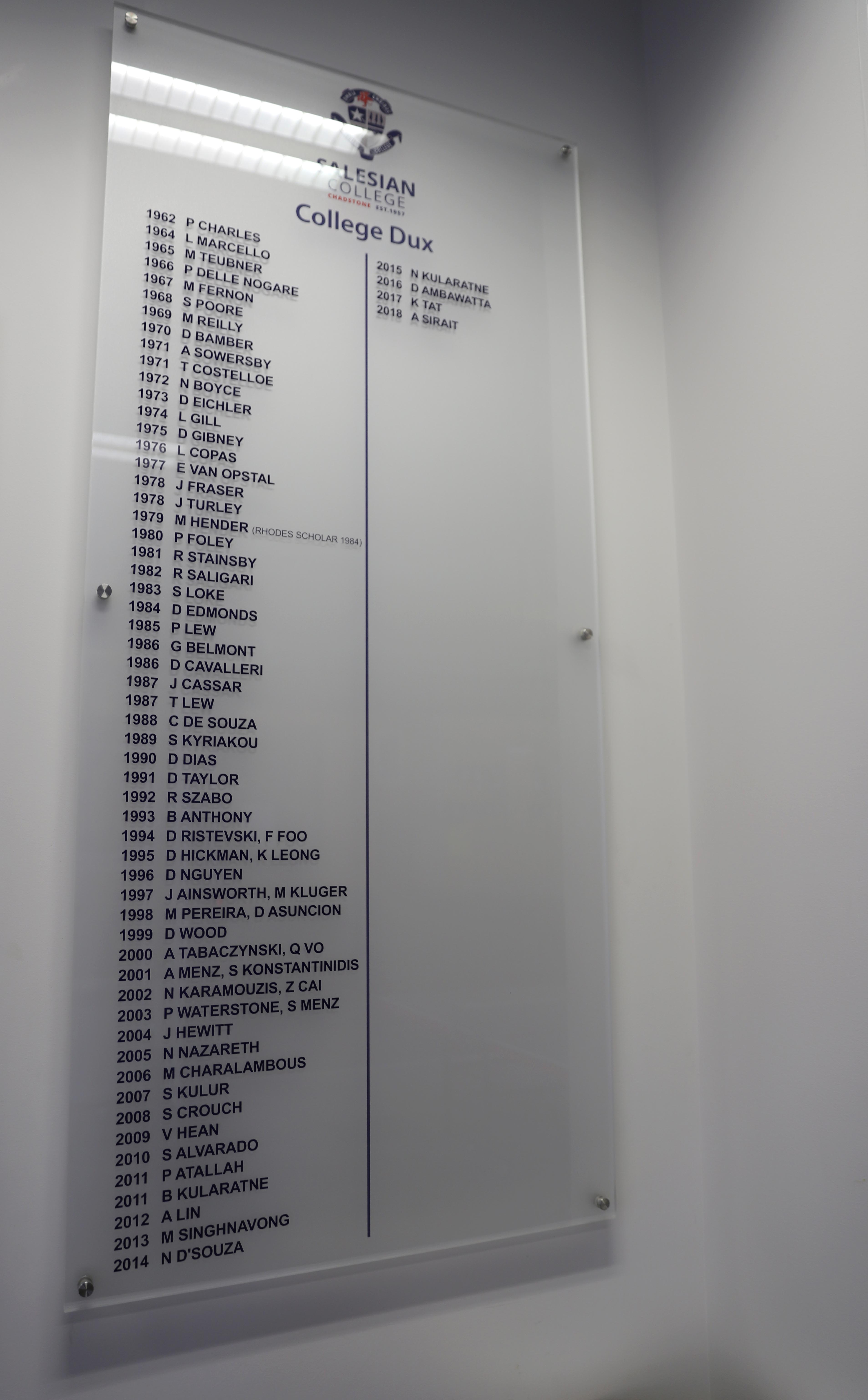 At our 2019 Legacy Breakfast, we were joined by the following past pupils who we congratulated on achieving Dux during their time at the College.

We welcomed Class of 1995 past student Kenneth Leong to our Legacy Breakfast. After graduating from Salesian, Kenneth received a scholarship to study Engineering and Economics at the Australian National University in Canberra. Kenneth began a workforce management IT start-up in South Australia, and now manages forty staff members. We thank Kenneth for returning to Melbourne to join us at our Legacy Breakfast with his mother, Fong, and father, Nick. 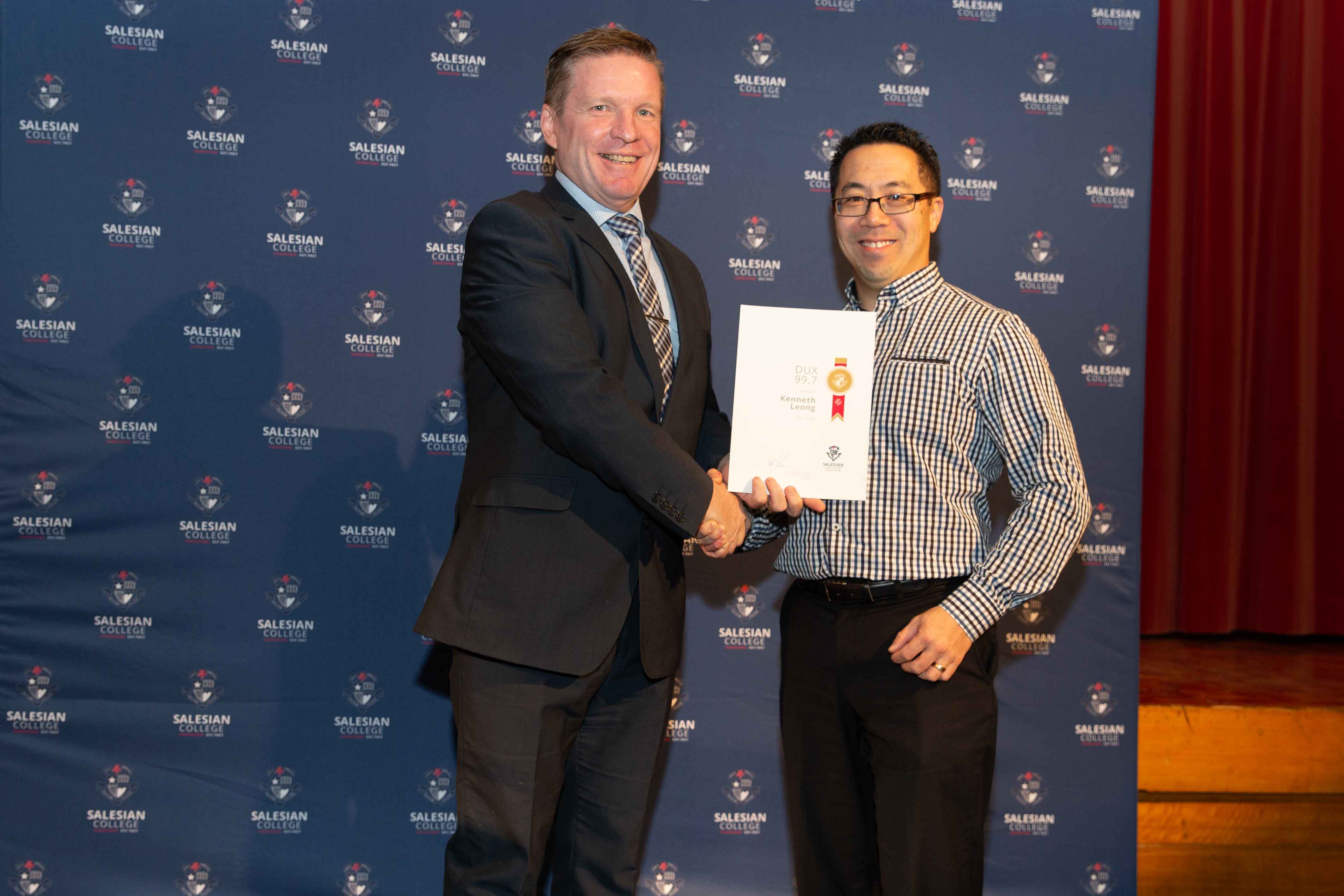 We were also joined by Class of 1998 past pupil Dr Darren Asuncion. Darren completed his medical degree at Monash University in 2004, and was granted a Fellowship of the Royal Australian College of General Practitioners in 2009. Darren is the Principal General Practitioner at Surrey Street Family Clinic in Mornington, a clinic he founded with a vision to change the traditional look and feel of primary patient care without compromising on the quality of services delivered. Thank you Darren for joining us at our Legacy Breakfast with your parents, Flor and Josie Asuncion. 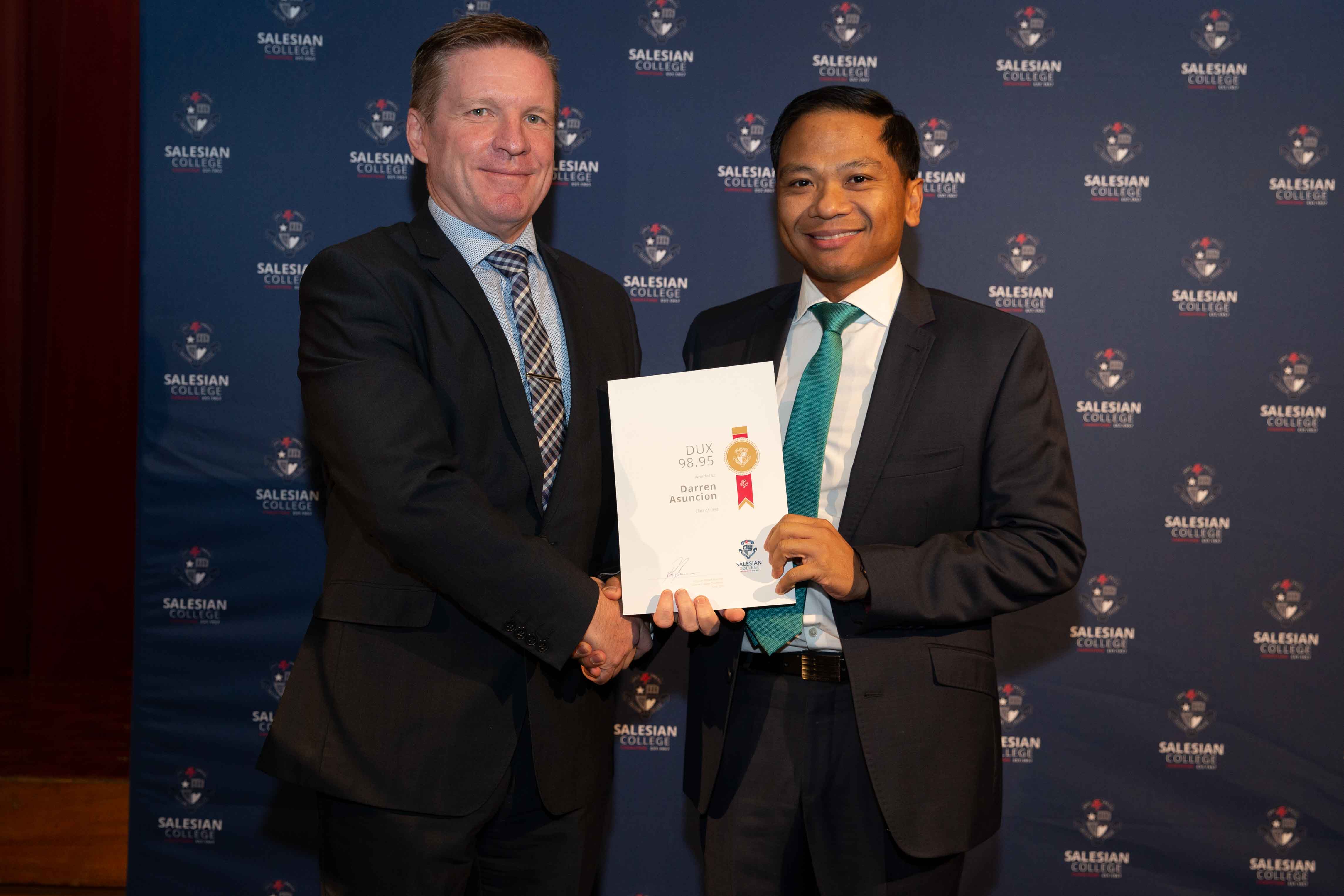 We thank all in our community who joined us at our 2019 Legacy Breakfast.

View the photos from our Legacy Breakfast below.