The Salesian College Chadstone community commends all students from the Class of 2021 on the completion of their VCE and VCAL studies and acknowledges the dedication, commitment and support that staff and families have provided to ensure students reach their potential during the unprecedented 2020 and 2021 academic years.

Salesian College Chadstone congratulates 2021 Dux Travis Pemberton, who achieved an ATAR of 99.05, putting him in the top 0.95% of all Year 12 students in the state. Achieving a study score of 46 in Chemistry, English and Environmental Science, Travis is set to study Biomedicine at The University of Melbourne.

Travis takes a moment to reflect with Principal Mark Ashmore on how he remained focused and motivated among the frequent transitions between remote and onsite learning. Acknowledging the importance of learning structures and a positive support network, Travis recognises his relationships with teachers, classmates and his inner self courage and belief as essential factors to his success.

"Albeit a stressful and tumultuous time to be completing VCE in, the experience has definitely improved my spontaneous decision-making ability and developed my confidence in my intuition.”
- 2021 College Dux, Travis Pemberton

Led by teachers who truly understand their students, independent learning has been a crucial skill students have fine tuned and maintained over the last two years; finding the motivation and passion to keep learning within themselves. Gaining skills with immense benefit in tertiary education and in the workplace, College Captain Steven Tran speaks about how self-motivation and independently-led learning has shaped his plans for the future.

“Personally, I was able to develop a very close connection to all of my subjects through online learning. With the flexibility of time, I was able to work ahead, iron over the crevices that I struggled with, and recap the areas I was proficient in. Through this, I came to develop a nuanced understanding of most, if not all aspects of all subjects that I had studied this year.

I have always been the type of student that relishes a challenge, being forced to dig deep and really push myself towards my ambitions. 2021 blew this way out of proportion, but ultimately, I am so thankful.” 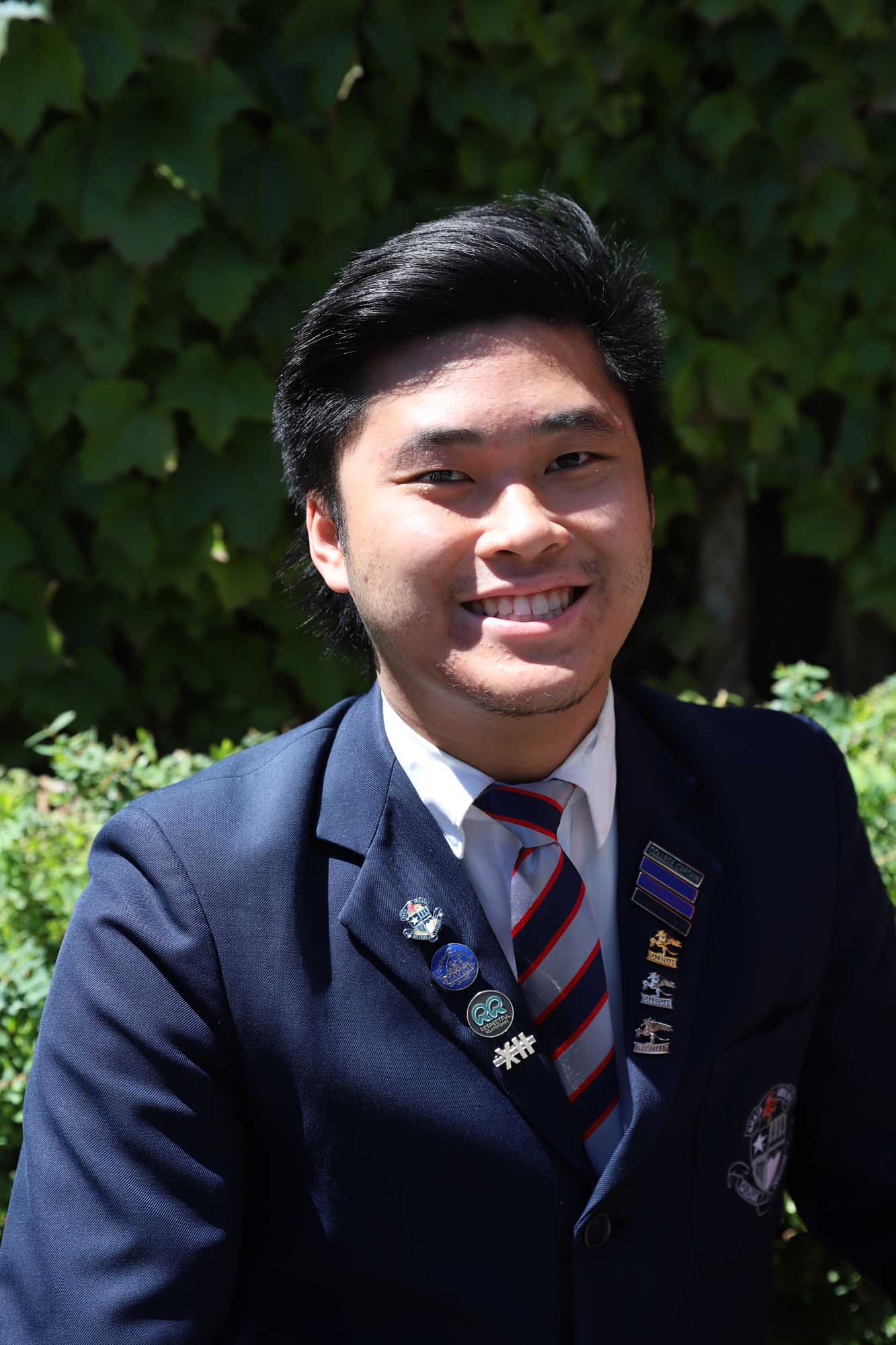 "My teachers were of great assistance to me and would always willingly reply within a few hours or help me on the spot, given we were at school."
- 2021 College Captain, Steven Tran

The COVID-19 crisis demonstrated the power of a community driven by a common purpose. In the face of many challenges, our leaders excelled and exemplified the Salesian values of Integrity and Dynamism.

Although leadership looked different this year, Ben recognises that sharing the burden of difficult times is key to bringing students together and leading by example.
“I believe that it is always best to provide someone with a helping hand because you will never know when you will need one yourself. The journey ahead is far bigger than just yourself, many people are involved as you make your way ahead to your greater purpose. As such, always be ready to help someone in the best way that you can, and never be too afraid to ask for help from those around you.”

“One thing I have always noted and appreciated as a special factor within Salesian is the profound sense of community that is fostered within the college’s halls. Many times I have found myself supported by students and staff whom I may not have shared a class with or known all too well, but were still able to provide me with the assistance I needed to get past an obstacle or difficulty. This community entrenched culture at Salesian is indeed something special, and is also something I will look back to with fondness in the coming years.”

Ben earned an ATAR of 97.9, a study score of 49 in English and 43 in both Software Development and Economics, and is set to pursue a double degree of Commerce and Computer Science at Monash University.

Sal was an admirable leader for our VCAL cohort this year. Spearheading the World’s Greatest Shave, Sal and the VCAL cohort raised $19,000 for blood cancer research, a record for the school.

“It was a hard year for everyone, but a memorable year for us, working together in the classroom, and out on the yard. We planned our VCAL camp, which was unfortunately not able to go ahead, but nevertheless we were proud of what we had organised for each other.”
“The best advice I can give to future senior students is not to give up, and even when it seems too hard, keep going. Year 12 can be hard if you make it that, but if you put the effort in, you can do it.”

Salvador has two pathways lined up; since finishing his second year of TAFE he can continue in Building & Construction, or he can pursue management in Retail from his ongoing work.

Respecting and loving the work you do has been Robert’s approach to success, culminating in a meaningful focus of study this year.

“A keen and invested focus on integrity in academic and daily life has guided me to gain a deep respect for the work I produce. Most important of all – in my opinion – would be the joy that the College encourages me to engender in my learning which, by extension, has always been a benefit to my experience at the school.”

Deciding on a pathway of study after Secondary School is a difficult decision for most students. For Robert, little signs led to a career in the Arts.

“Multiple moments throughout the year that compounded to create one general realisation. They were mostly similar – being related to writing in some shape or form – but the eventual product that they produced was more significant to me compared to a singular moment at any point during the year.

Robert earned an ATAR of 87.95, and a study score of 43 in English. He’s set to pursue an Arts Degree at Melbourne University.

“The College has provided me with a clear and friendly approach to learning which was both practical and genuine in execution.”
- Robert Costa McCance, Music Captain 2021

Our boys’ future success comes from the groundwork sown by our community; teachers, parents, staff, friends and peers. These last two years have demonstrated the importance of our community more than ever – we’ve turned to them again to reflect on the class of 2021.

“From our son and our family, thank you to all who have been instrumental in our son achieving the level of success that he has reached. A sincere thank you, all.” – Parent

Rightfully put by Don Bosco, “without trust or love, there can be no good education.”

Each student achievement needs to be celebrated. We are proud of every boy for his academic achievements and wonderful contribution to school life at Chadstone, be it in the classroom, on stage performing, speaking behind a lectern, competing on the sports field or in their service to the community.

Our education at Salesian College Chadstone is holistic and focuses on being in relationship with others. This can be lost in highlighting learning achievement in numbers and scores. The results released yesterday will not define the young men who graduated from Salesian College in 2021. Rather they leave as good Christians and honest citizens with Catholic values nourished by the Salesian charism and fond friendships with one another and of our school.
– Mark Ashmore, Principal

“If you can put your hand on your heart and say that you have done your absolute best, that is all I ask.” – Byron Chen, Dean of Middle School and Year 12 Teacher 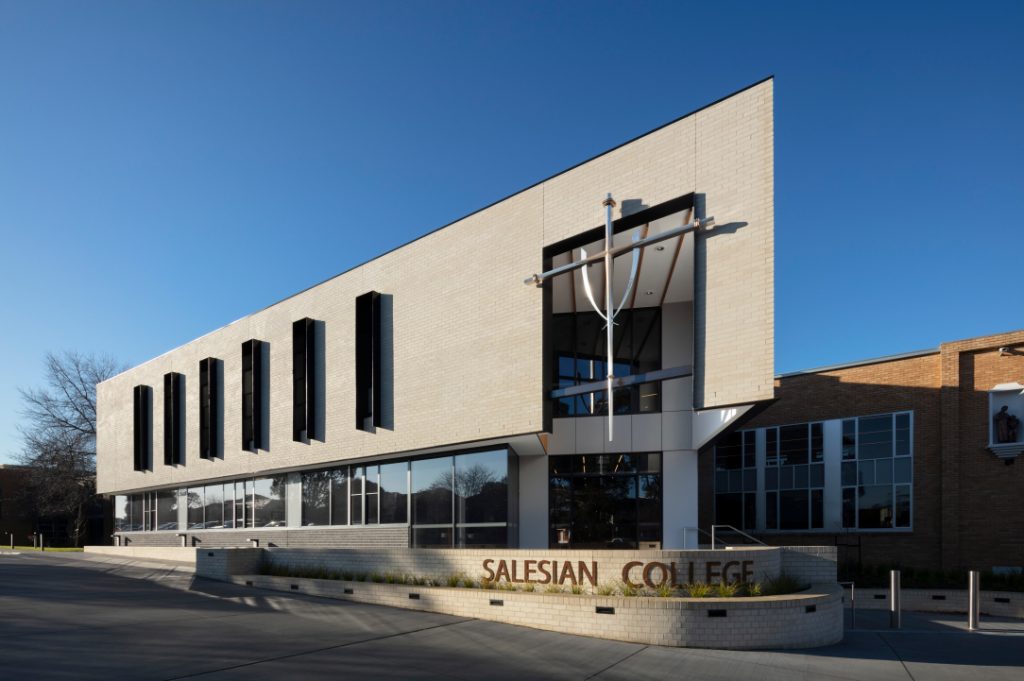 If you are interested in enrolling your son at Salesian College Chadstone, it is important to be aware of key dates to avoid disappointment.

With an ATAR of 99.8, Class of 2021 Dux Travis Pemberton talks to Principal Mark Ashmore about the factors that led to his success in Year 12.

By following the simple steps in our guide, you can be confident that you’re choosing the right school for your child.

Learn More
About Us