During Week 2 of our Salesian Mavericks classes, we investigated and conducted a model of our stabilizers (wings) for our plane. The wood that was used was Balsa wood, a thin layer of recycled wood that is light enough for us to implement for this project as heavy materials would be no good. The materials we used were: Balsa Wood, Hot glue, a ruler, a pencil and the given booklet instructing us on how to build the plane.\

Students were first assigned to use the measurements in the booklet to rule the stabilizers out so they could be cut up and glued together. Additionally, we hot glued the stabilizers to the rear end of the plane, concluding our lesson. In Week 2, we learned how the stabilizers make the plane fly higher, and reach higher altitudes due to the air being streamlined and cut by the edges of the wings.

In Week 3 of Salesian Mavericks, we conducted more research on the aerodynamics of an aeroplane. Our task was to assemble the rest of our balsa wood plane. We used more materials such as: motors, connecting leads and hot glue. Our task was to attach the connecting leads and the motor to the wings of the plane so we could later attach them to a bearing stand that would spin around and produce kinetic energy for the plane to fly and spin. Many groups have finished their plane and have the great opportunity to fly their plane next week in Week 4 of Salesian Mavericks. We will be using the bearing stand and crocodile clips to connect fuses and making the plane take flight. 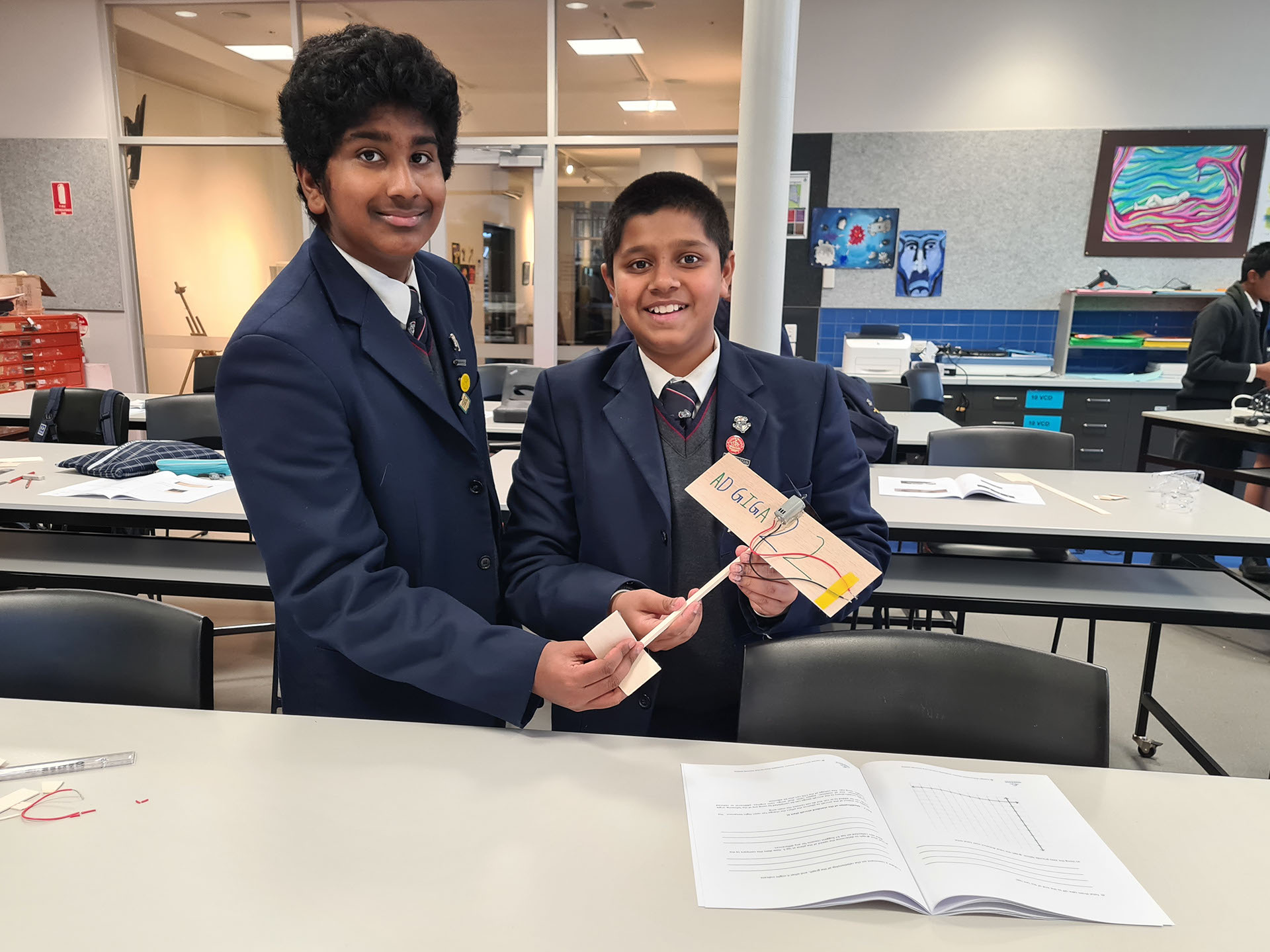