“On Thursday we went to school and we watched a PowerPoint about the meaning behind RSL. Afterwards we took the bus down to the Oakleigh RSL. We got introduced to Heather and she showed us around the RSL. We looked at some old weapons and medals. We then went down to Oakleigh train station and caught the train to Flinders Street. After the magnificent 30-minute train ride we then walked over the Yarra river and then went downstairs to Southgate to explore and find lunch for ourselves. After Southgate we hopped on a tram going towards the Shrine of Remembrance. Once we got there a man named Graham came out to us and showed us around the shrine. It was very interesting how all the statues had a special meaning behind them. After that we went inside the shrine to the crypt a memorial to honour the Victorians who gave their lives in war. After that we went down to the next level to look at the Stone of Remembrance in the sanctuary. An interesting fact on that is on the 11 hour of the 11 moth of the 11 day the sun shines in the middle of the stone. After we did that we took the train back to Oakleigh and went home.” 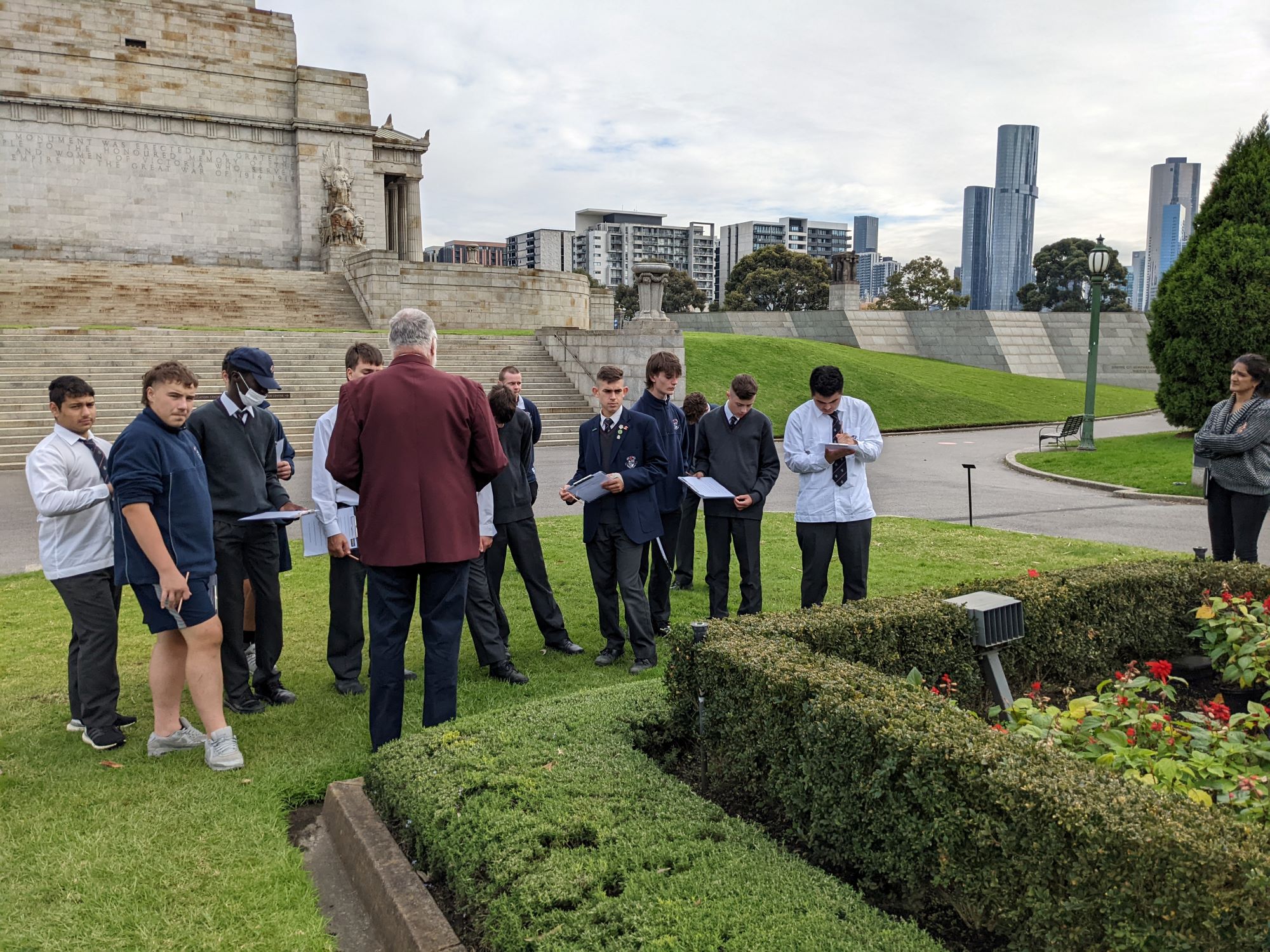