On the first sunny Tuesday of the Term, the Year 9 ACC Football team took on St. Bernard’s for the right to be crowned Division 2 premiers. After going through the season undefeated, the expectations were extremely high for our Salesian boys.

As you should expect on Grand Final day, St. Bernard’s came to play, kicking the first goal of the game and having the momentum early on. Our boys were able to steady, and through goals from Ricky Theodoropoulos and Luca “Sticky Mitts” Mandile, the scores were level at quarter time.

The second quarter was where the Salesian boys were able to show why they went through the season undefeated. The ball lived inside our forward 50 as we applied relentless pressure to St. Bernard’s. Christian Bernardo and Lachie Namdarian proved to be a brick wall that St Bernard’s couldn’t break through, and ensured we peppered the goal. Unfortunately, inaccuracy meant we could only manage 2 goals for the quarter (and 8 behinds) and we went into the main change with a 20-point lead.

The third quarter was again a bit of an arm wrestler, with back and forth goals for both sides. Haris Orfanos and Zac Dunne worked tirelessly in the midfield to make sure we stayed in the contest and a late piece of brilliance from Isaac Deayton ensured we held onto our 20-point lead going into the last change.

The fourth quarter started a lot like the second, with our boys taking control and putting an even bigger gap on the scoreboard. Like any good side, however, St. Bernard’s never gave in and continued to fight all the way to the end, kicking 2 goals in a row to keep the game interesting. Thankfully, we were able to keep our cool and eventually run out as 19-point winners, securing the premiership!

All the boys contributed immensely to the win and it was a great all-round team effort. 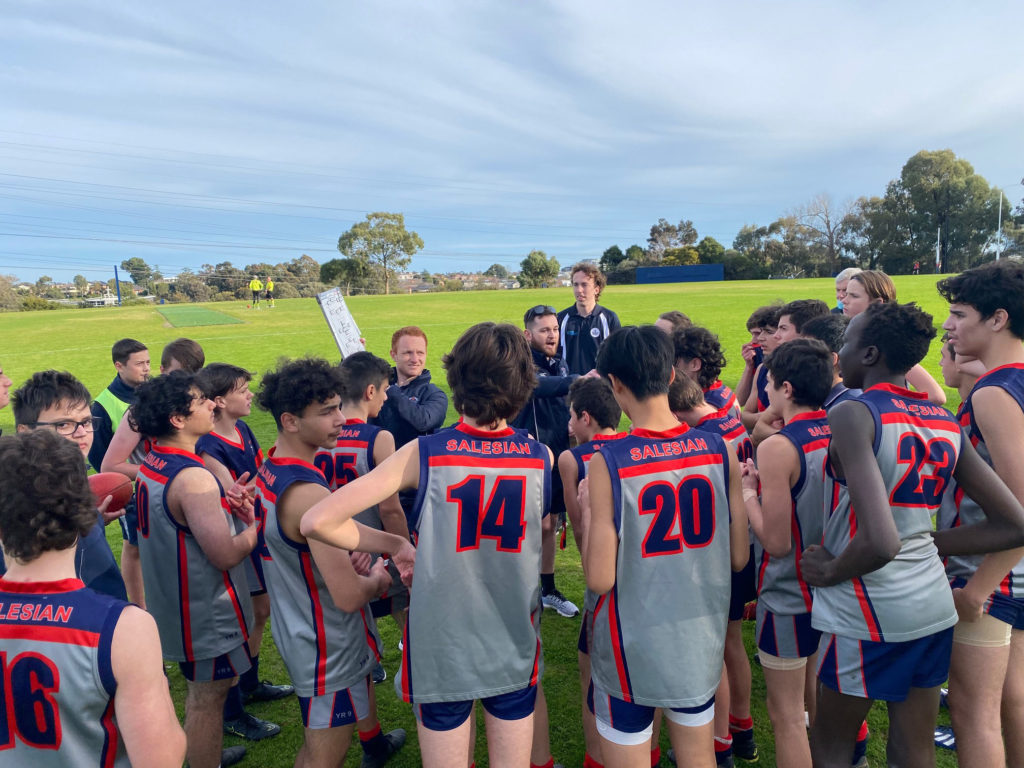 Our undefeated 7B soccer team hosted Parade College in the ACC Grand Final. After 10 minutes of forward pressing, an amazing long-range goal from Massimo Fazzino broke the deadlock. Noah White finished with a neat strike soon after, to lead Parade into half-time 2-1. A congested and gritty second half created a nail-biting finish. Sachi Kiridena and Lucas Lazarou provided instrumental run and ball movement, before Parade pressed in the dying minutes. Our defence, led by the rugged Dimitri Vouronikos, proved too strong. The mighty Salesian boys wrestled out a scoreless second-half to secure the premiership pennant. Premierships are glorious, and undefeated seasons remarkable. Well done boys! 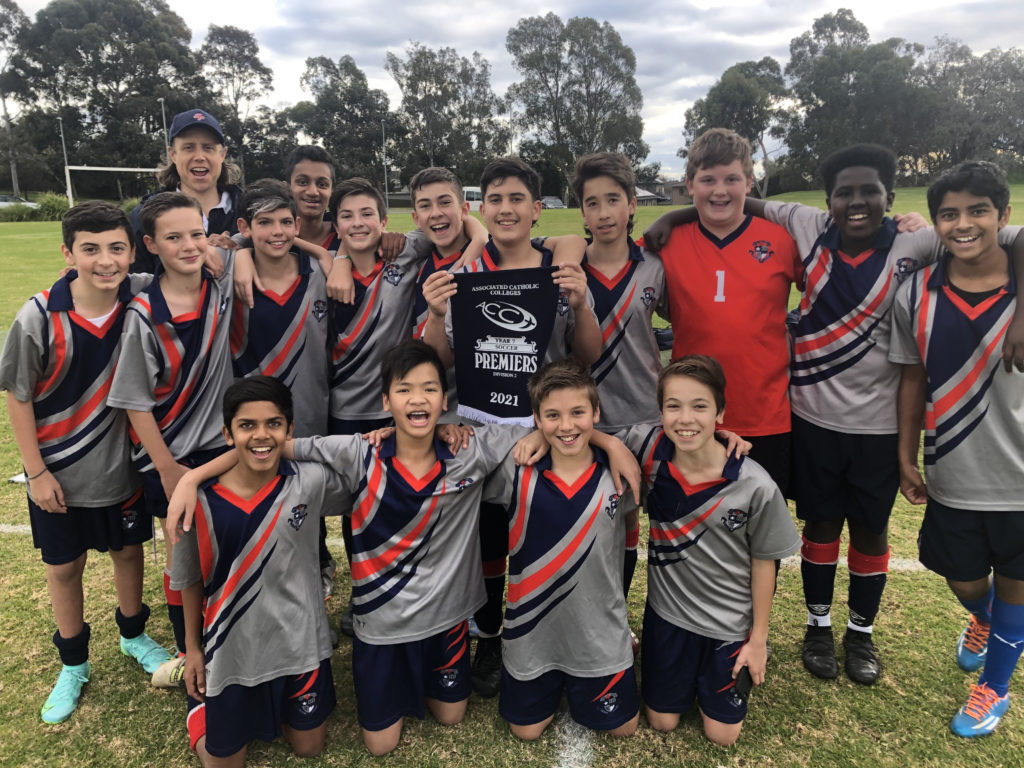