In September 2019 Mr Croft sent an email to all students asking if they would like to attend a performance of both parts of Harry Potter and the Cursed Child at the Princess Theatre Melbourne. The price was only $130 to see both parts. We were going in April 2020. Then in October 2020. Finally, we went to the show on April 21 2021.

Stepping into the theatre and taking our seats was a surreal experience in itself. It was at that point where we were able to see the grand renovations made to the theatre to suit the style of Harry Potter. The show began and within 10 seconds, jaws dropped. The extreme theatrics with a combination of cleverly executed magic tricks and insane set and staging created the essence of Harry Potter.

The first show then ended, and excitement grew in the audience as some remained shocked, some in tears and some impatient for the second show to begin a couple hours later. We were all dismissed in the city for a dinner break, where some of us found a restaurant and ate and some other groups, such as Peter Liptai’s, spent their time trying to find a bathroom.

We then all returned to the theatre at 7:00pm for the second show. Personally, I had never seen a sequel that was better than the original until I had seen the second half of Harry Potter and the Cursed Child. This second part was filled with more surprises and unreal theatrics than the first, with each moment more suspenseful then the next. We all did not want the show to end, however when it did we were extremely grateful for everyone involved who made it happen.

A very special thanks to Mr Croft and Mrs Challis for finding the tickets and chaperoning us, and especially to Mr Beckham. We wouldn’t of made it there without you! 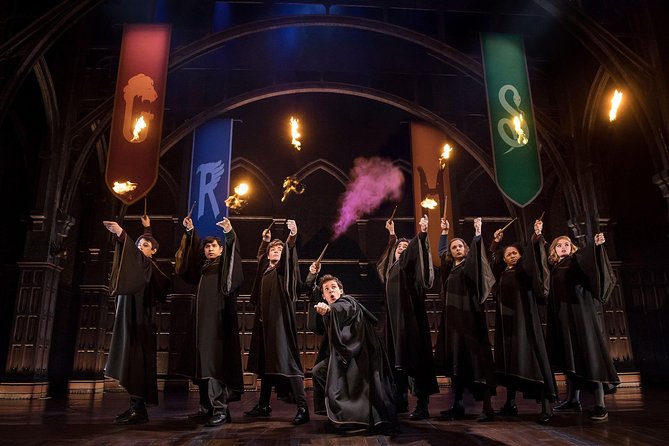