Works were completed over the last six months to reinstate the Bosco Plaza precinct as a key focal point and a gathering and reflective space within the Bosco Campus grounds.

The genesis of the garden works was to recreate, in some basic form, a connection between the current space and that of Don Bosco’s first Oratory in Turin around 1846.

Don Bosco’s first Oratory in Turin was established at the Pinardi shed and adjacent fields. The Pinardi shed was transformed into the Pinardi Chapel, where Don Bosco and his boys would gather, pray and reflect. “All round were gardens, pastures and fields…the strip of ground round the house as a playground for the boys…” reflects Don Bosco on his first Oratory at Pinardi’s shed. Quote taken from ‘Don Bosco, Memoirs of the Oratory’.

The close connection between the current location of our Chapel and the rejuvenated garden spaces has been designed to draw a connection back to the first Oratory in Turin. The wooden seating was constructed by our 2019 Design and Technology students. Additional minor works will be undertaken over the next 24 months to further shape the garden space and improve the aesthetic of the plaza, including upgrading the seating and improving the foliage. 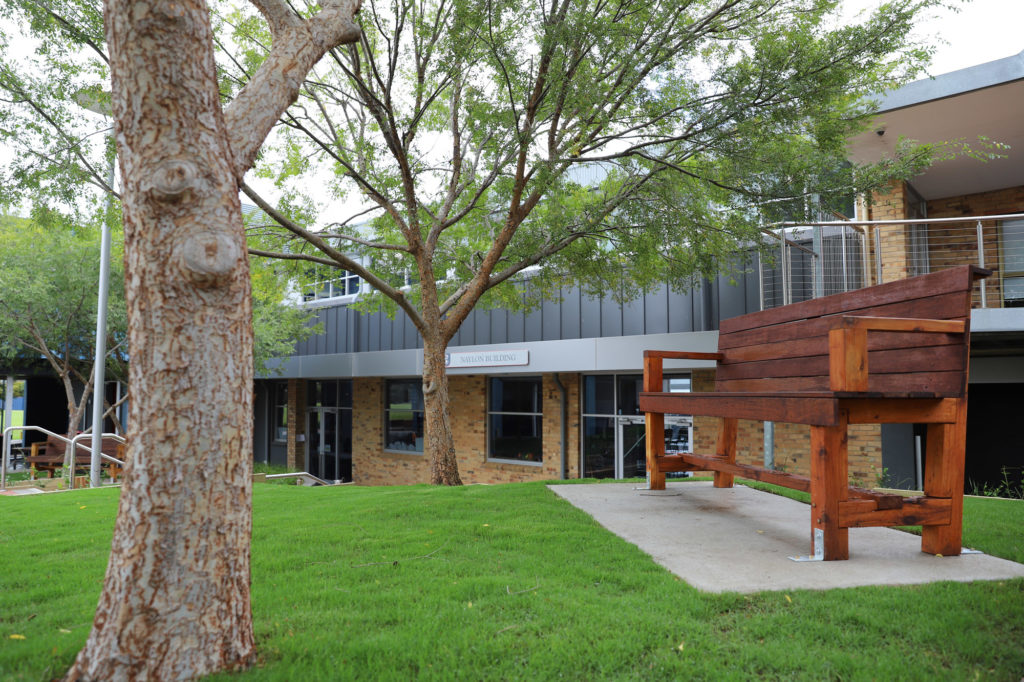 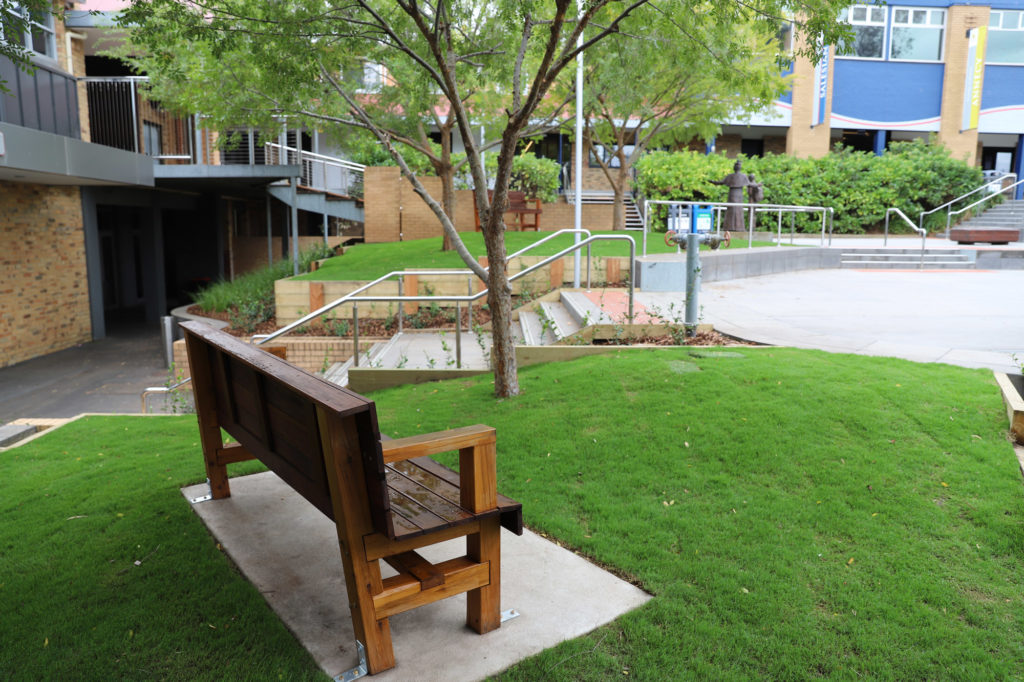