Past student and Hall of Fame inductee Gerry Wood (Class of 1967) has retired from his career as a NT parliamentarian. Gerry has been the independent Member for Nelson for 19 years, making him the longest-serving independent politician in the history of NT politics. On completing his farewell speech, Gerry received a standing ovation in parliament.

First elected to parliament in 2001, Gerry has been involved in some of the NT’s biggest political moments. Last year, Gerry announced he was retiring from politics to care for his wife Imelda, who is suffering from dementia.

“The reason I am retiring is because sadly my beautiful wife … of over 45 years, Imelda, has vascular dementia,” Gerry said.

“She has cared for me for many years whilst at the same time raising three daughters, a couple of nieces, a few grandkids in the mix, not forgetting looking after the dogs.”

Through his career, Mr Wood was a defender of rural issues affecting the members of his electorate, from transport and infrastructure gaps to concerns of over development.

At times he was seen as the Parliament’s ‘kingmaker’. When the Paul Henderson Labor Government became the minority after the resignation of MLA Alison Anderson in 2009, Gerry’s vote meant the government could remain in power.

Speaking to ABC Rural during his last ever week of parliamentary sittings, Mr Wood reflected on his career and key learnings.

We wish you all the very best, Gerry. 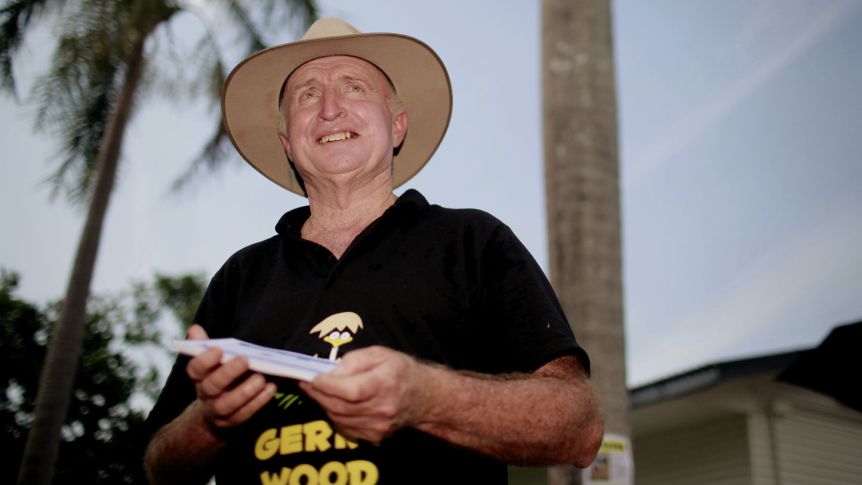