STORIES THAT UPLIFT AND INSPIRE

As citizens of Victoria and residents of the Melbourne Metropolitan Area, we are confronted by an unexpected rise in infections, hospitalisations and deaths caused by the worldwide Coronavirus. As a result, we are also confronted by a second ‘Lockdown’ period of at least six weeks and a wave of new restrictions including having regular temperature checks, wearing masks, and remaining in our own geographical postcodes for exercise. These restrictions are, of course, in addition to those already imposed such as social distancing, hygiene measures, going out only for food, work and medical reasons, and working and learning remotely from home.

Whilst we are all doing our best to comply with this raft of protective measures, there is no doubt that they are gradually having a somewhat negative effect upon us all and slowly sapping our physical, mental and spiritual energies. Our students, in particular, have been bearing much of the brunt of the Coronavirus and its ever-present threats, as well as all the strategies that have been set up to combat them. For example, our Year 12 students have missed out on many of the highlights associated with their final graduating year; our Year 7s have not been able to experience all the joys and adventures connected with joining a brand new College; and our Years 8 to 11 students have been deprived of so much eagerly anticipated social, sporting and co-curricular involvement.

In such a demanding year as this, with all of its uncertainties and disruptions, it is so vital that we discover in ourselves and in each other such qualities as persistence, patience and resilience; abundant reserves of courage and resolve; and real strength of body, mind and spirit. We also need a good deal of confidence in ourselves, faith in each other, trust in our God, and hope for a better time and a brighter future.

I believe that we also need STORIES of hope, courage and perseverance to inspire us in our normal human lives, and to help us to retain balance, cheerfulness and optimism in the face of whatever life may wish to throw at us both now and in the years to come. For our young Salesian College students, too, it is so important to provide them with stories with which they can readily identify, and which speak to their hearts and raise their spirits in their current situation.

I have one such story for them now.

It is the story of ‘LENNIE AND GINGER MICK’:

“It’s 1932 and Australia is in the grip of the Great Depression. One in three workers are unemployed. Decrepit shanty towns hug the outskirts of the big cities. A scrawny rabbit caught in a trap will feed a family for a week. Country roads are filled with broken men walking from one farmhouse to another seeking menial jobs and food.

On the outskirts of the South Gippsland town of Leongatha, an injured farmer lies in bed unable to walk – or work. World War I hero Captain Leo Tennyson Gwyther is in hospital with a broken leg and the family farm is in danger of falling into ruins. Up steps his son, nine-year-old Lennie. With the help of his pony Ginger Mick, Lennie ploughs the farm’s 24 paddocks and keeps the place running until his father can get back on his feet.

How to reward him? Lennie has been obsessively following one of the biggest engineering feats of the era – the construction of the Sydney Harbour Bridge. He wants to attend its opening. With great reluctance, his parents agree he can go. So Lennie saddles up Ginger Mick, packs a toothbrush, pyjamas, spare clothes and a water bottle into a sack, and begins the 1000+ kilometer (600+ miles) trek to Sydney. Alone. That’s right. A nine year old boy riding a pony from the deep south of Victoria to the biggest and roughest city in the nation. Told you it was a different era. No social media. No mobile phones. But even then it doesn’t take long before word begins to spread about a boy, his horse and their epic trek. The entire populations of small country towns gather on their outskirts to welcome his arrival. He survives bushfires, is attacked by a “vagabond” and endures rain and cold, biting winds. 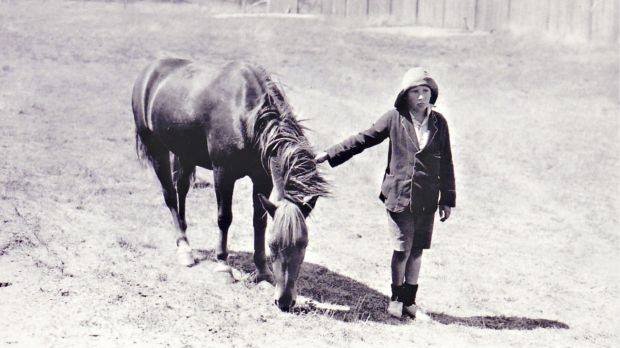 When he reaches Canberra he is welcomed by Prime Minister Joseph Lyons, who invites him into Parliament House for tea. When he finally arrives in Sydney, more than 10,000 people line the streets to greet him. He is besieged by autograph hunters. He becomes a key part of the official parade at the bridge’s opening. He and Ginger Mick are invited to make a starring appearance at the Royal Show. Even Donald Bradman, the biggest celebrity of the Depression era, requests a meeting and gives him a signed cricket bat. A letter writer to The Sydney Morning Herald at the time gushes that “just such an example as provided by a child of nine summers, Lennie Gwyther was, and is, needed to raise the spirit of our people and to fire our youth and others to do things – not to talk only. “The sturdy pioneer spirit is not dead … let it be remembered that this little lad, when his father was in hospital, cultivated the farm – a mere child.”

When Lennie leaves Sydney for home a month later, he has become one of the most famous figures in a country craving uplifting news. Large crowds wave handkerchiefs. Women weep and shout “goodbye”. According to The Sun newspaper, “Lennie, being a casual Australian, swung into the saddle and called ‘Toodleloo!’”. He finally arrives home to a tumultuous reaction in Leongatha. He returns to school and soon life for Lennie – and the country – returns to normal. These days you can find a bronze statue in Leongatha commemorating Lennie and Ginger Mick. 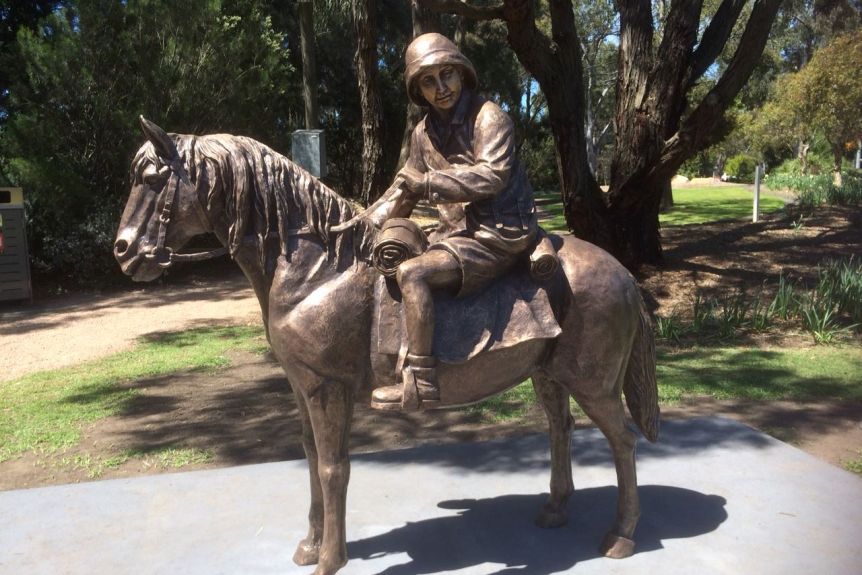 But Australia has largely forgotten his remarkable feat – and how he inspired a struggling nation. Never taught about him in school? Never heard of him before? Spread the word. We need to remember – and celebrate – Lennie Gwyther and his courageous journey. It’s a great story. God knows we need these stories now, more than ever.”

May Lennie inspire us all,