On Medieval Day I participated in a wide range of activities. I learnt the ropes of sword fighting and the roles of different people during the era. I got to experience a wide range of medieval games and took part in a shield wall, where a group of us had to protect each other from incoming tennis balls, which acted as a bow and arrow. I learnt about different weapons and the evolution of armour. I got to try on different outfits and I dressed up as a rich peasant, which confused me. I later realised that not all peasants were poor and that some were actually richer then some princes. I got to try on different pieces of armour too. I loved learning about the music, the different instruments they used and especially taking part in a dance, which I got to lead in and take my peers around the hall in a big chain.

My favourite activity had to be a tie between the games and the fashion. I don’t know why I enjoyed the fashion so much it was just really fun to dress up as a wealthy peasant to re-enact different scenarios. I loved the games as it was just fun to hang with my friends to try old school tiggy, and even a game as simple as throwing a stick to knock down larger sticks, as it showed what people in Medieval times used to entertain themselves with!

I learnt that it wasn’t the easiest back in the Medieval times. They had to constantly work and when it came around to the ‘Holy Days’, or as we call them, ‘Holidays’, they were super excited. During the games we were told that people in Medieval times weren’t allowed to communicate with the opposite gender on day-to-day basis. However, when it came to ‘Holy Days’, they were allowed to talk to everyone, and I think that a ‘Holy Day’ would have been a truly exciting day that I would’ve  looked forward to. 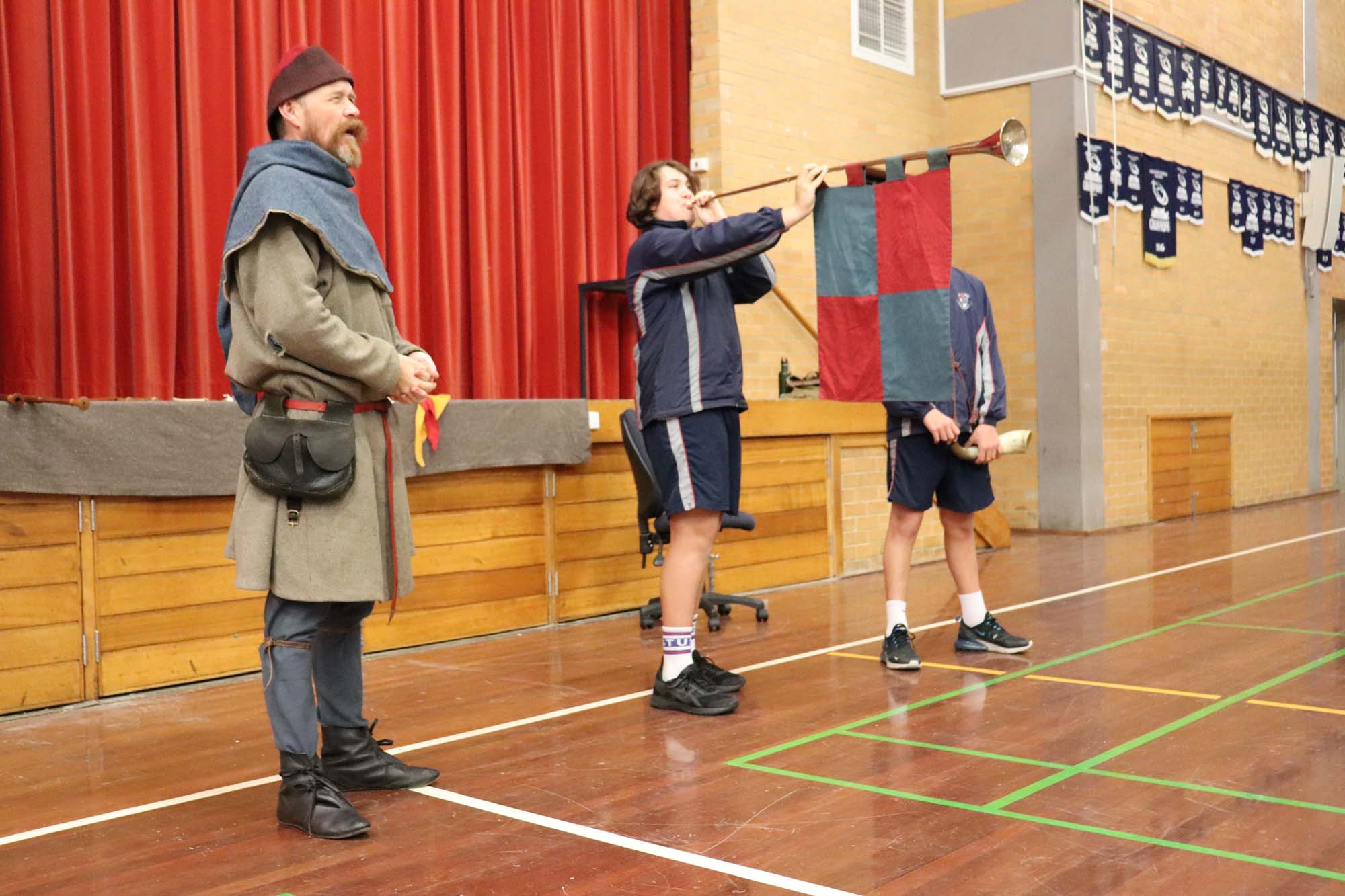 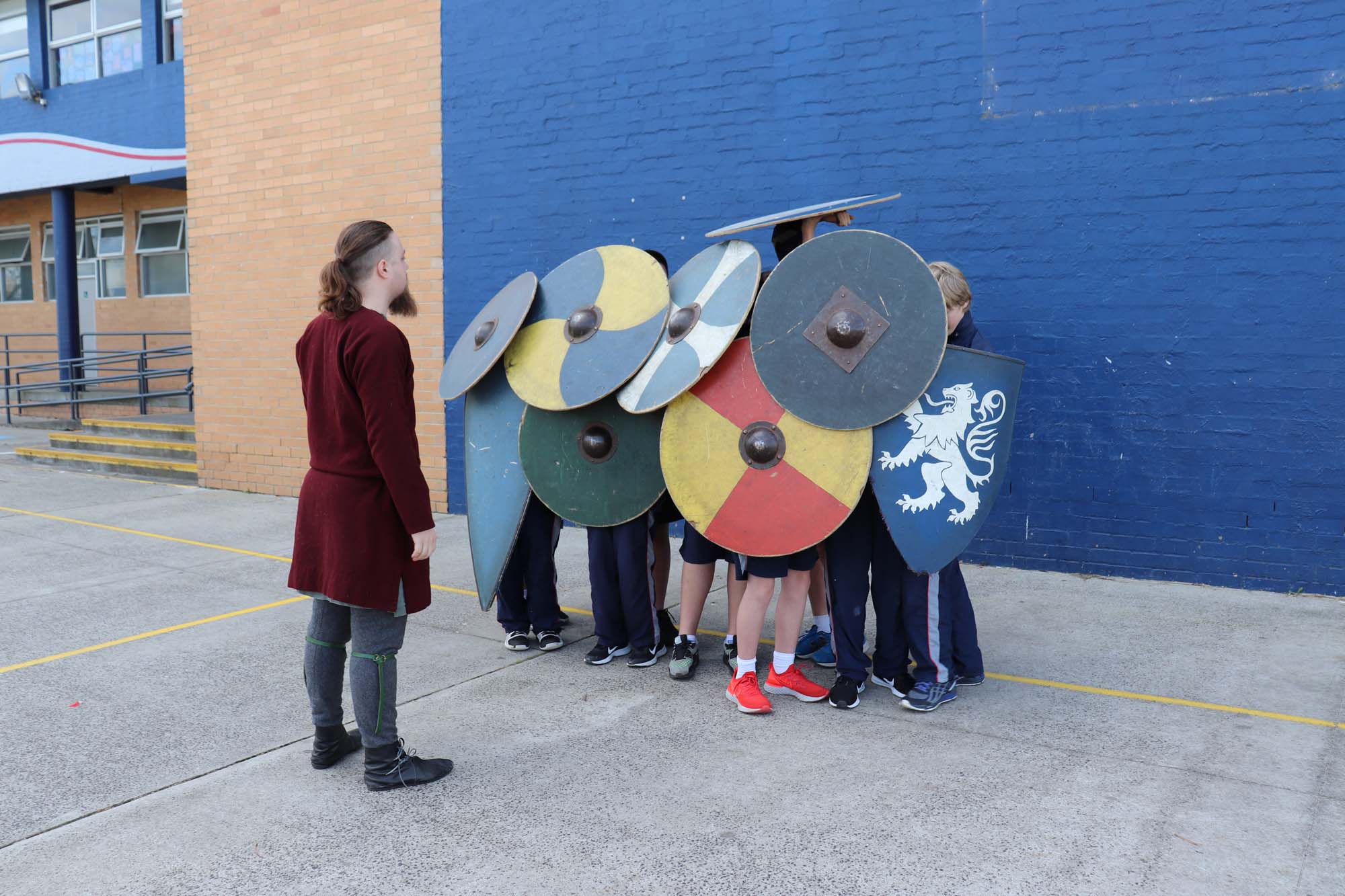 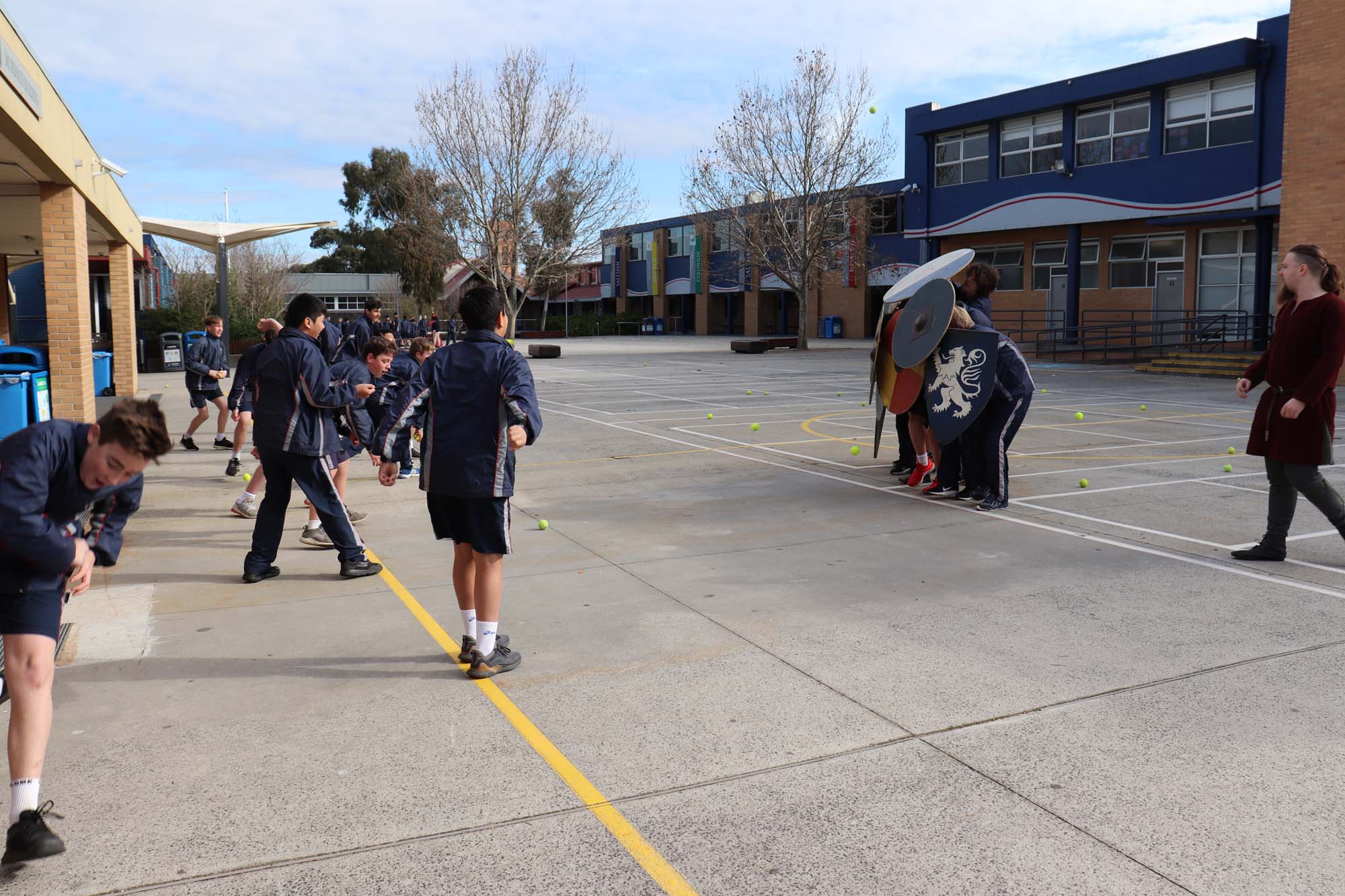