From 12 to 17 August this year I visited the island nation of East Timor, which is approximately one hour and twenty minutes north-west of Darwin by plane, to participate in the Priestly Ordinations of two fine young Salesians, Deacon Abilio Guterres and Deacon Lourenco Soares. Both Abilio and Lourenco had been members of our Salesian community at Clifton Hill in Melbourne whilst studying Philosophy and Theology at Catholic Theological College in the City for several years prior to 2019.

Their ordinations, along with the ordinations of five other Salesians who had completed their priestly studies in either Portugal or the Philippines, took place in the town of Fuiloro on the Feast of the Assumption of Our Lady on Thursday 15 August. The Ordination Mass was celebrated by Bishop Basilio do Nascimento in the large school gymnasium in Fuiloro in the presence of a vast congregation of family members, priests, religious sisters and brothers, representatives from East Timor, Portugal, Australia and the Philippines, Salesian Family members, lay people and countless young men and women. In fact, the overall attendance was estimated to be several thousand people.

What a wonderful and memorable occasion it was for the seven newly ordained priests, their families, relatives and friends, their Salesian brothers and sisters, and all those enthusiastic young people who now look to them with great joy and hope going forward into the future! 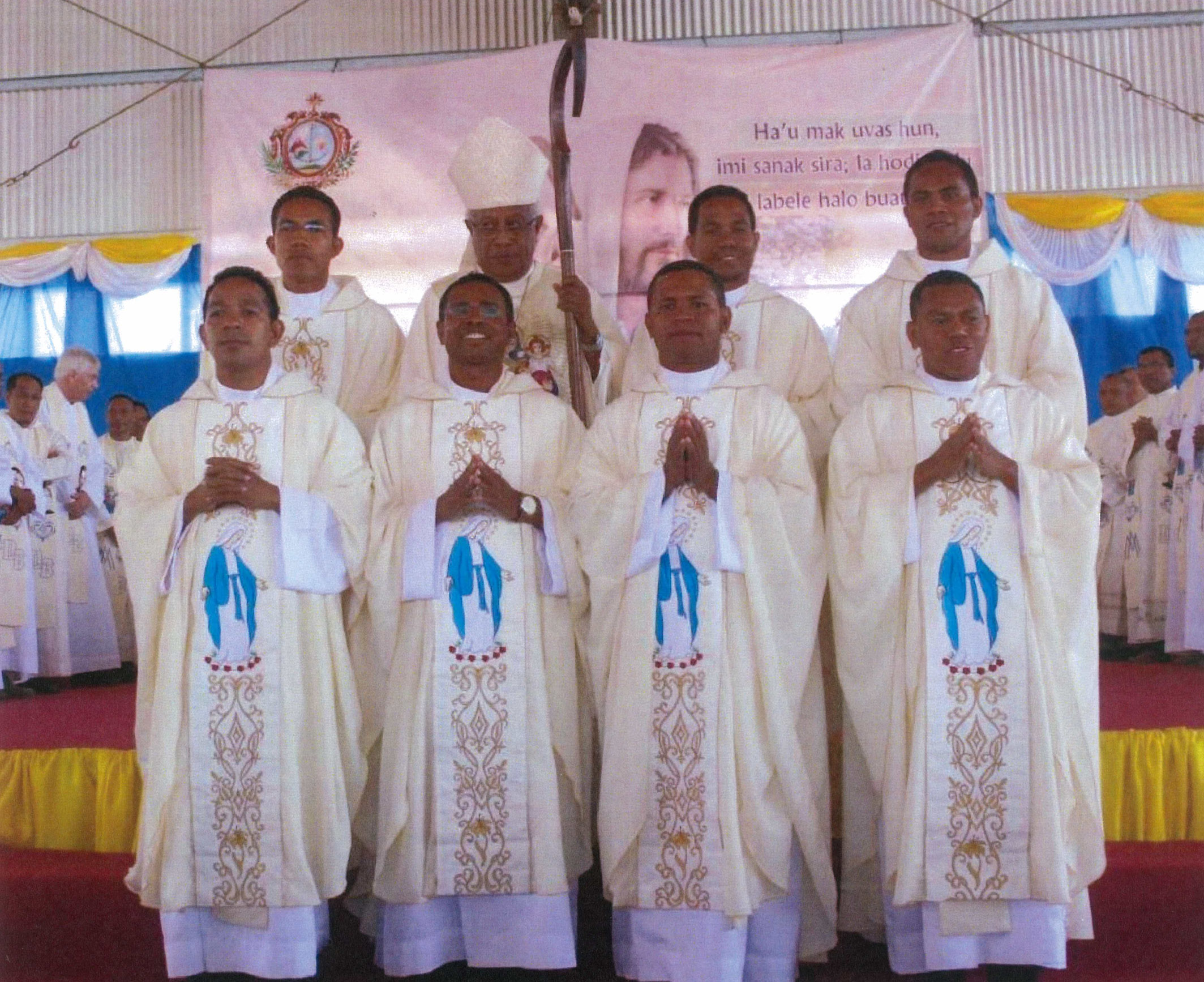 You may also be interested to know that there has been a long and friendly relationship between the Salesian Vice-Province of East Timor and Salesian College, Chadstone, going back to the 1990s. Since that time, Br Joe Ellul and Fr Oreste Cantamessa have collected vital resources and equipment for various Salesian schools and thousands of school children in that emerging nation. This equipment has included much-needed computers, school furniture, machinery, medical supplies, school and sports uniforms (for example, senior football jumpers) and other clothing items. These goods have first been stored in the Missions Shed behind the Valdocco Technology Centre, then carefully packed in overseas containers, and eventually shipped on a regular basis to East Timor.

Br Joe and Fr Oreste are still doing this marvellous work today as we speak, ably assisted by the College Maintenance Team and strongly supported by the Principal and Leadership Team of Salesian College. Long may they continue this outstanding missionary apostolate on behalf of the Young in East Timor!