A warm welcome back is extended to all in the Salesian College Community as we commence Term 3 for the 2019 school year. Whilst only a week and a half old, already it appears it is going to be another very busy and exciting term. In the eight days we’ve been back at school, we have welcomed back the staff and students who travelled to America for the CASE Space School expedition and staff who visited Cambodia to further establish our links and relationships, our Year 9 boys hosted a Christmas in July lunch for senior citizens, we’ve held Subject Selection expos, our Year 10 students experienced a Macbeth performance and commenced their dance lessons with the girls from  Sacred Heart in preparation for their upcoming social, a Geography speaker was a highlight experience for the Year 8 boys and our Year 7 students witnessed a Mary Mackillop production. This week we are also celebrating all that is Digital Technology! 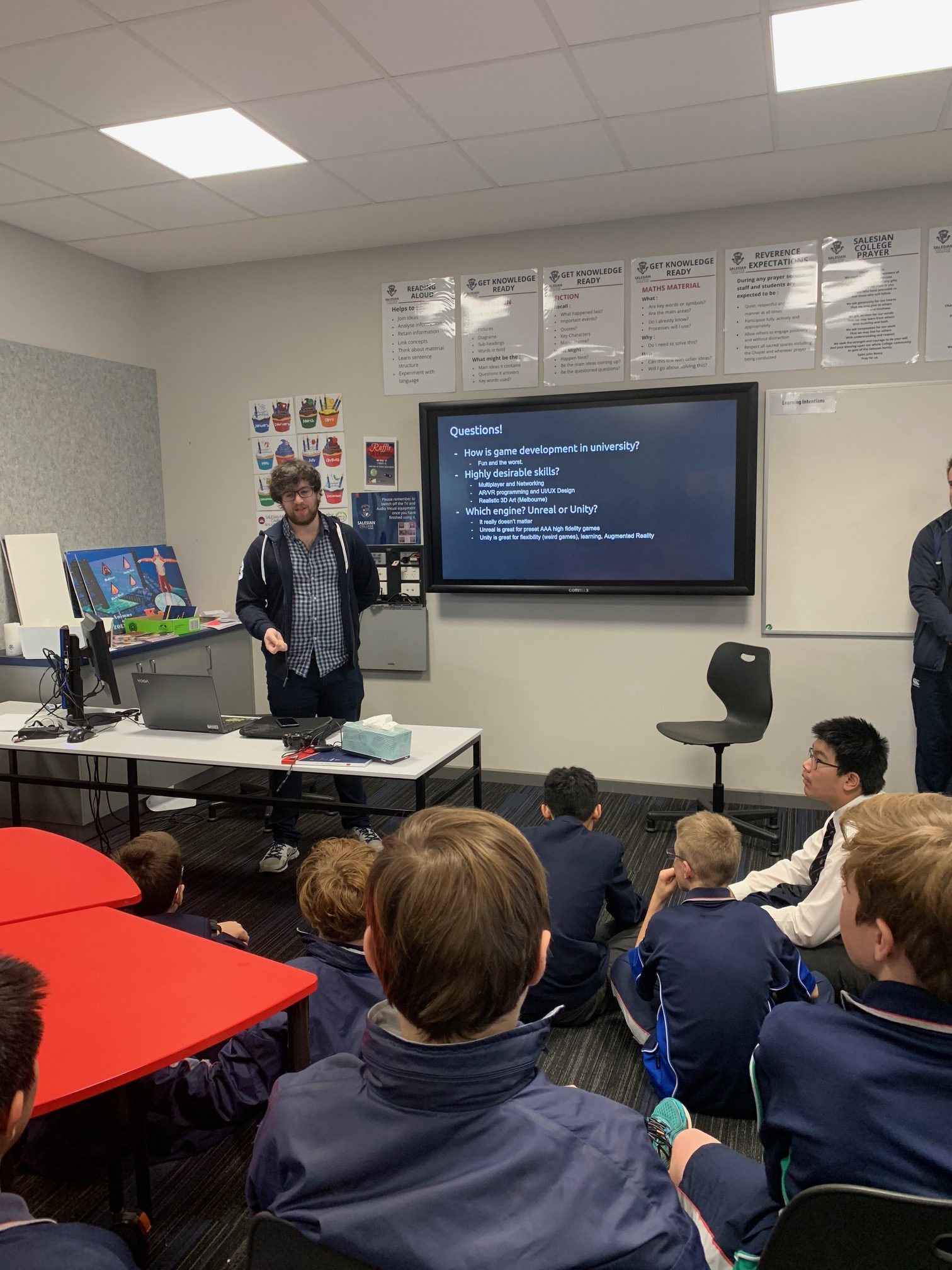 We commenced Learning Conferences on Wednesday, providing an opportunity for the boys to reset their goals and prepare themselves for the term ahead. To top the week off the College Production of Dimboola will be performed by our boys and supported by the Sacred Heart girls. We wish them all well and as they say in the classics, ‘break a leg’. A huge thankyou to all the staff who have given of their time to ensure our boys experience here at the College is varied and enjoyable. 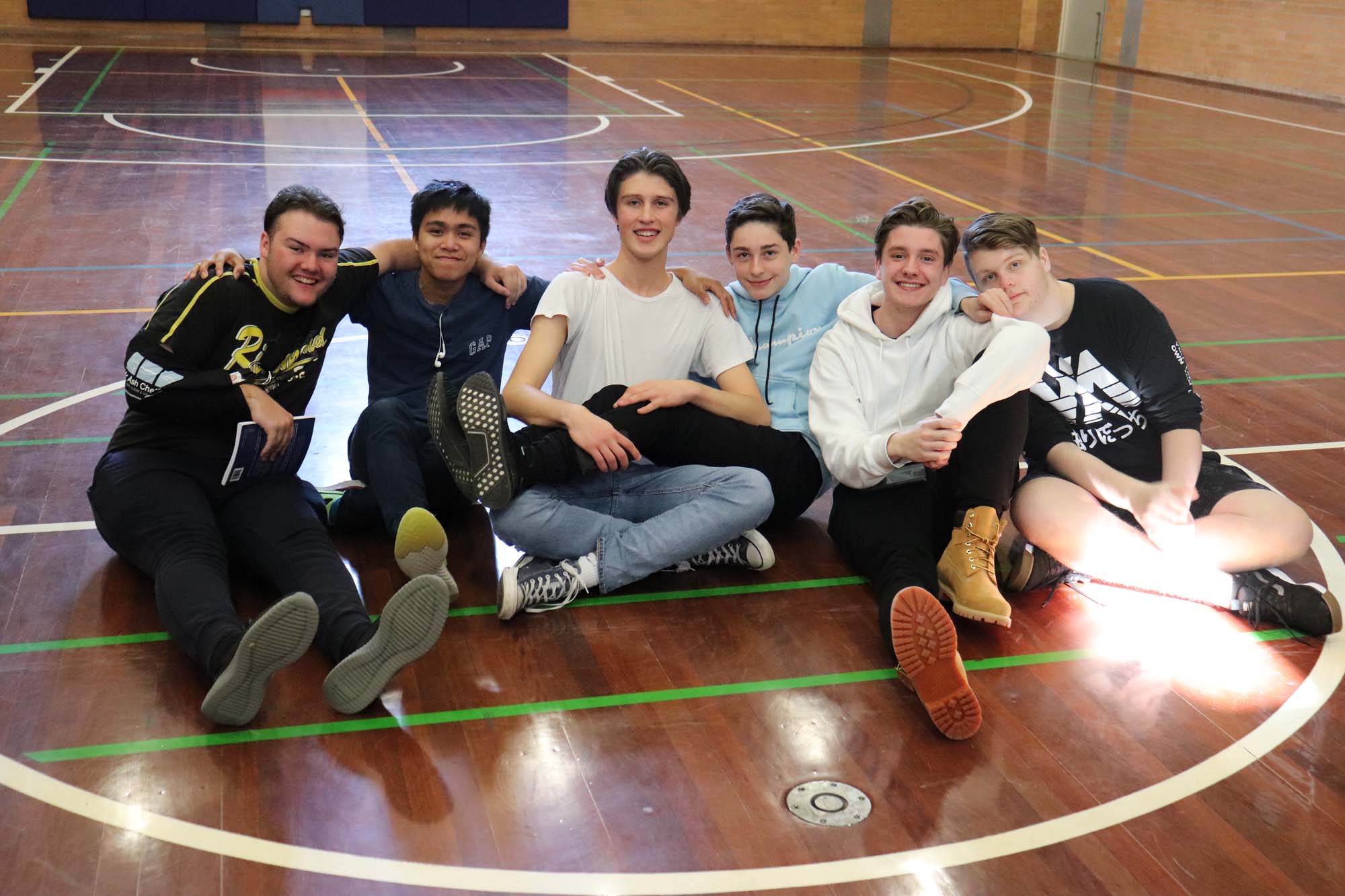 If you are like me, you would find it easy to believe that everyone is doing the wrong thing if we take what we see on the news as a true reflection of what is happening in our society. Reflecting on the news items each night, one is quite often left quite depressed, as we learn about the fate of young people like the couple in Canada, or are shocked by the number of people being killed on our roads or frightened by terrorists trying to make their way into the country illegally. All these stories would have us believe that every driver on the road is doing the wrong thing, every Muslim is a terrorist and travelling to Canada is no longer a safe option as there are crazy murderers on every highway. Whilst I understand the news corporations are not trying to do this, and that they are merely reporting the news people want to hear, it does paint a very negative image and goes a long way in showing how we as a society tend to focus on the negative.

How many times do we hear stories of the wonderful things AFL footballers are doing, and yet if Dusty Martin looks sideways we know about it, or if Jordan De Goey drinks and drives it is front page news for the next week. Now, I want to be clear this is not an attack on the media, but rather pointing out our tendency to focus on the negative. We do it here at school too, when we go into melt down when a boy or a group of boys make a poor choice, and all of a sudden we have a huge problem. ‘The boys don’t respect women’, or ‘The boys no longer want to work hard’, the quotes go on. If we stop for a second and think about what we are saying we would soon become aware of the gross generalisations we are making. If we look at the cold hard facts, the boys not working hard or the boys making inappropriate comments about women or any of the other misdemeanours our boys are guilty of, we find it is limited to a very few boys with the vast majority of our boys quietly going about their business on a daily basis, not causing us any issues, completing the tasks they are set, and generally being nice, respectful young men. So why is it that we go into melt down as soon as one person does the wrong thing, why is it that we tarnish all politicians because of the rorts of one, why is it that all priests are guilty of child abuse because of the actions of a few?

Without identifying anyone I want to highlight how we can recognise boys doing the right thing by using a couple of examples. Recently there have been a couple of public incidents where Salesian College students have made a poor choice and the reactions of the victims is to lambast the student body collectively. In the examples of which I am thinking, there was a total of three boys out of the student cohort of 1060 boys guilty of doing something, I am sure they now regret. However, to unfairly tar the rest of the boys with the actions of these boys is a gross injustice. In one of the incidents seven or eight of our boys who became aware of an incident, went to the aid of the victim to apologise on behalf of the College and to see if they could assist. Now I would argue that these boys, not the perpetrator are a true reflection of the boys at the College and we must ensure that it is these boys who gain our attention and recognition and not allow the focus to be stolen by our disappointment in the perpetrator. It is too easy to focus on the negative actions of one or two and not remind ourselves that the vast majority of our boys do the right thing on a daily basis.

My second point is educating our boys to do the right thing for the right reasons. Let me use an example to make my point. If you were to ask a number of drivers why they wouldn’t drink and drive, I am convinced most of them would say because they don’t want to get caught and lose their licence. Whilst there is merit in this response it would be much more effective if people chose not to drink and drive because of the harm they could do to themselves or to others on the road if they did. The same argument holds for our boys who are sometimes guilty of doing their homework or refraining from mucking around in class for fear of the consequences, where as I would argue it would be far more effective for their learning if they were to do the right thing because they understand the negative impact it has on their, or, their peers learning. Whilst a small issue, I think the positive mindset would have significant implications for the learning environment here at the College.