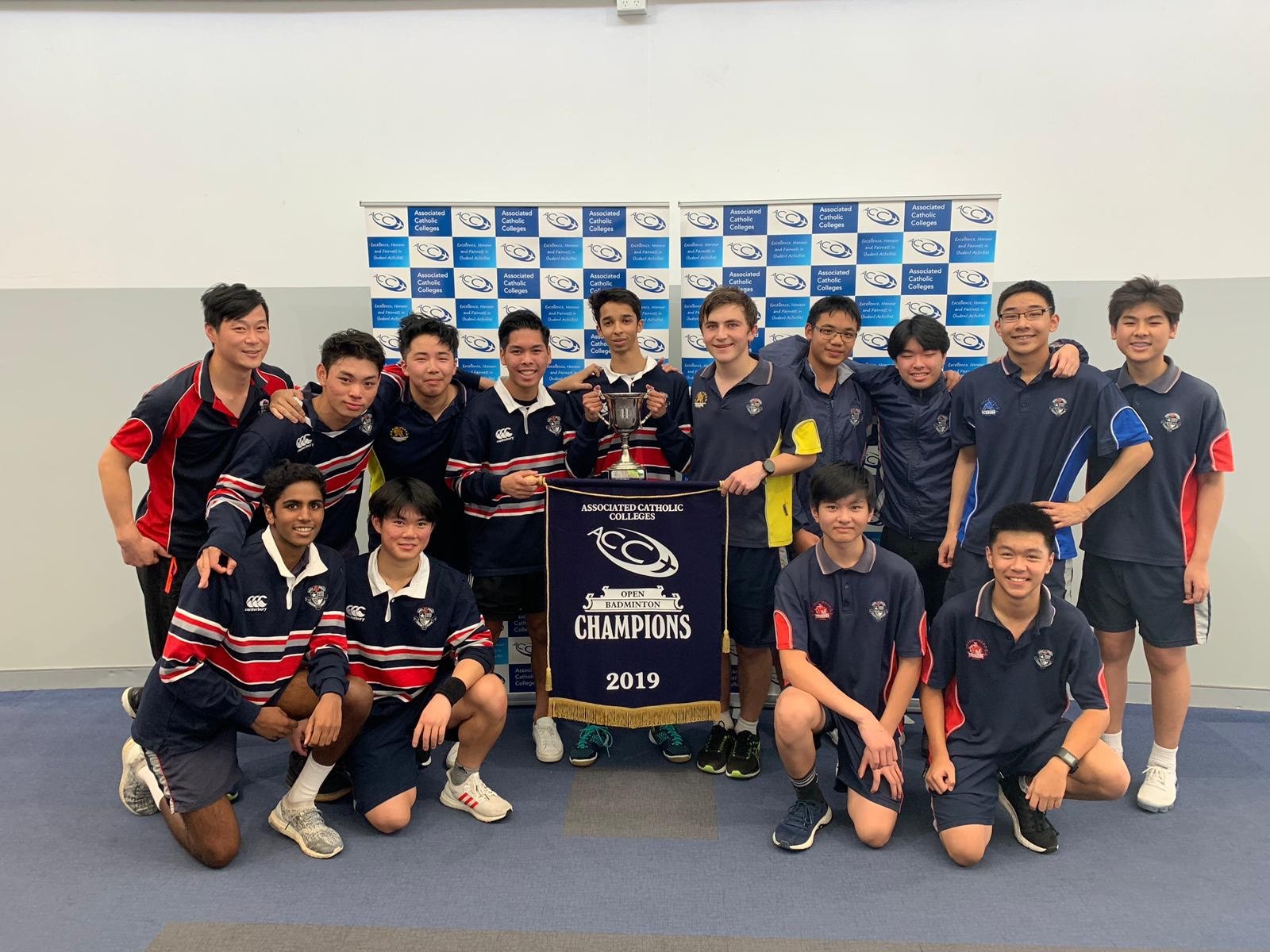 ACC Badminton
The ACC Badminton Championships were held at the Melbourne Sports and Aquatic Centre this week. Unfortunately, our Intermediate group were unable to take out the championship on Tuesday, losing in the final. But it was still a great achievement for the boys to finish as Runners-Up.

Our Senior Squad competed on Wednesday, and after losing our title last year to Mazenod, we won!
Well done to all the boys involved, as their many weeks of after school training finally paid off. A special congratulations to Mr Mark Wang, who has been coaching the boys all year and sacrificing his time after school.

Senior Football – A nail-biting loss for our Senior Footy team, losing to De La Salle 11.9.75 to 11.8.74 in their second last game for the College.
Senior Soccer A – Another bad loss for the boys, going down 10-3 against Parade.
Senior Soccer B – A good effort from the boys, although they unfortunately went down 4-2 against Simonds.