Our Year 7 & 8 Footy teams were lucky enough to have a training session with three players from Collingwood Football Club. The boys completed a few drills and also listened to a question and answer session with the players, and they loved it! The three Collingwood players who attended were Brody Mihocek, Will Hoskin-Elliott & Travis Varcoe, and we would like to thank them for their time. 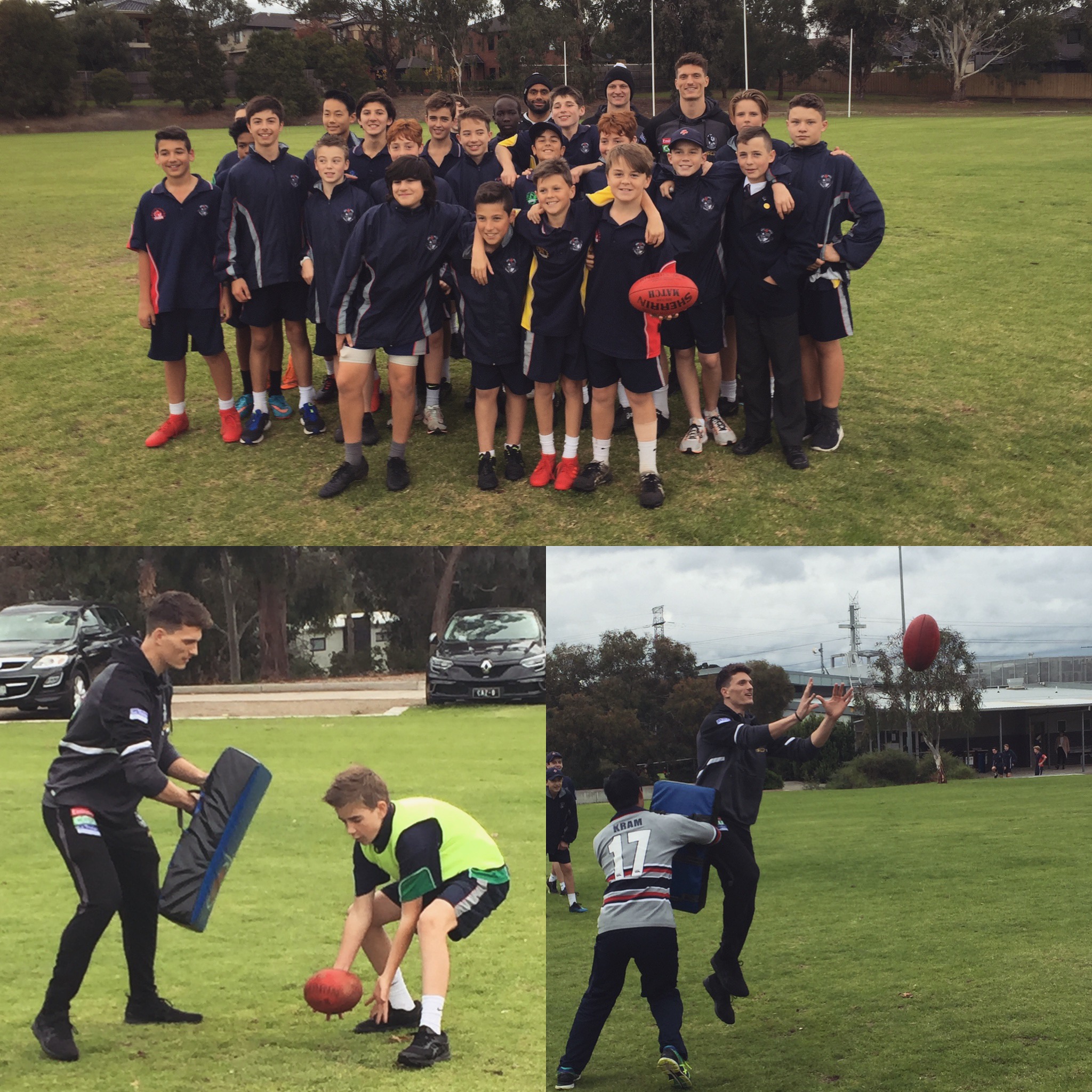 ACC Badminton
The ACC Junior Badminton Championships were held at the Melbourne Sports and Aquatic Centre on Thursday. Our boys managed to finish 3rd for the day, which is a testament to their hard training all year.

Mark Wang is very deserving of a big thank you, as he has been coaching the boys all year and sacrificing his time after school.

Year 10 Football –A nail-biting win against Parade, with the scores being 11.8.74 to 11.7.73. Tom Cashman, Nathan McNamara are Christian Kotsinadelis were our best players.

Year 10 Soccer – Our boys finished off their season with a 2-2 all draw against St Joseph’s Geelong. Our best players were George Karvounis, Anthony Kraloglou & Michael Kanaris.

Year 9 Soccer – The boys continued their undefeated run, taking down Parade (2) 5-3. With the season finished, we now will play Parade (1) in a semi-final next week. Our best players were Jackson O’Meara, Daniel Amendola and James Triskiledis.

Senior Football – The boys had their first win in a fantastic game, and the last game for our Year 12 boys at the College. We defeated CBC ST Kilda 12.9.81 to 8.12.60. Our best players were Rob Amendola, Anthony Loiacono and Eamon McKenzie

Senior Soccer A – It was another loss for the boys in the Davie Egan Cup against Mazenod, going down 3-1. Our best players were Tom Lambiris, Ed Feehan & Ralph Omutiali.

Senior Soccer B – A competitive game, but ultimately it was another loss for the boys, losing 7-3 to De La Salle. Luke Strik was our best player.

Year 8 Soccer A – A tough 2-1 win against Whitefriars, with our best players being Steve Sakellarios, Kai Peterson and Lucas Stathopoulos.

Year 7 Football – We had a draw against De La Salle, 4.7.31 to 4.7.31. Best players on the day were Zac Dunne, Ricky Theodoropoulos and Christian Moraes.

Year 7 Soccer B – A tough loss for the boys, going down 4-1 against Mazenod. Best players were Ben Prabhu, Dylan Rayen & Jamie Ubachs.