The history of ideas is mirrored in the history of the written word. There is no doubt that the written word has altered the course of history itself, as the dissemination of ideas has changed how we think about the world and ourselves. In many cultures across different periods, books have played a highly symbolic and iconic role. There was a time when it was thought that the world’s knowledge could be collected between the covers of a book. The information explosion of recent times now makes it impossible to contain the world’s knowledge within one library, let alone in one book.

Year 8 Biretta visited the State Library of Victoria to examine the evolution of the written word. Students examined humankind’s principal technology for collecting, manipulating, storing, retrieving, communicating and disseminating information. 8B have embarked on the preliminary research phase of a class task, tracking the history and development of the written language.

The second half of the day had a Science focus.

8B students have been studying rocks and minerals, how they make up the crust of the Earth, and how this relates to the other layers of the Earth. The Melbourne Museum has an extensive collection of rocks and minerals from over Victoria and the rest of the world that students were able to examine and classify according to their rock type. Students photographed an impressive array of igneous, sedimentary, and metamorphic rocks, many much bigger and more beautiful than those in our school collection. They were able to determine the value of their mass in gold, and involve themselves in an interactive display which explored the layers of the Earth. The exhibit was a great way to see the ideas discussed in class, culminated into a display. Although 8B was tired by the end of the day, their minds were certainly invigorated by all the new concepts they had experienced on the excursion.

“On Monday 3 September, the Year 8 Biretta class went on an excursion to the city with Mrs Bielinski and Mrs Beurs. This was a History and Science excursion. Early in the morning the Year 8’s were dropped off at East Malvern station and caught the Flinders Street train as a group. They got off at Flinders Street station and began to walk down Swanston Street toward the State Library. After dropping off their bags the Year Eights were given a tour, learning about the founder of the library and the different exhibits. Eventually, they came to learning about the history and evolution of the written word. It was amazing to see one of the first bits of writing in the form of a clay piece with markings on it. Afterwards, the students practiced writing with calligraphy pens, attempting to recreate the calligraphy style with their own illuminated manuscripts. Not long after, a tram was caught to the Melbourne Museum where the year 8’s looked at rocks and minerals. Photos were taken to be studied later on. Overall, the excursion was a very successful journey and was a good use of a day in terms of learning.”

“On Monday 3 September the class of 8B went on an exciting and fun excursion to the State Library and Melbourne Museum. The excursion was jam packed with activities and information that was new to the class and sometimes even the teachers. First of all we went to the State Library and saw some wonderful artefacts and some new experiences. The most outstanding artefact displayed was the earliest example of written word. The earliest example of written word was a tax receipt and was made out of clay. The writing was nothing like nowadays. The class of 8B also looked at a lot of artefacts ranging from ancient books to ancient artwork. The boys were also able to have a shot at Calligraphy and this was a very interesting and different activity. It showed some insight into how hard books must have been to make in Ancient times. After our experience at the State Library we were able to go to Melbourne Central to have a break. We really enjoyed the fact that we were able to develop independence and work with our teachers who trusted us. After our break we were able to go to the Melbourne Museum. The museum has a lot of exhibits that were interesting and made a lot of students curious. Our class focused on Minerals and Rocks and spent most of our time in that area. The highlight at the museum was the 3D movie on how Rocks and Minerals are formed. Another highlight was looking at all the minerals and rocks. This was very intriguing as you can’t find most of these minerals in daily life. As we experienced all of these fun activities we also experienced the city and how it functions, which was exciting. The State Library helped extend our learning of Medieval Europe as a whole, specifically the social hierarchy and the way people lived. On the other hand the Museum showed us practical versions of rocks and minerals we researched in class with more context and detail. Overall the excursion was very helpful, fun and intriguing. Special thanks to Mrs Bielinski and Mrs Beurs for organising the event.”

“On Monday 3 September we as a class caught a train into the city on a mixed history/science excursion with the purpose of improving our knowledge of our current topic.

After a short tour through the library our class headed into a quiet room where we were shown what writing a book would have been like in medieval times, writing in calligraphy and when writing a book, one mistake would mean re-writing the entire thing. This made books very difficult to write and therefore very expensive for those times. After learning some history we got a chance to write our own calligraphy.

On Monday 3 September, Oratory 8B ventured to the city to explore their Humanities and Science studies to a larger degree. They explored Australia and Europe’s rich history at the State Library and the Melbourne Museum’s extraordinary collection of rocks and minerals. During the excursion, my favourite part of the day was when we attempted to handwrite in medieval style, known as calligraphy. Calligraphy is a very complex process as it takes time to perfect, however in the medieval times it would have been much more time consuming, because erasers and white out did not exist.
At the Melbourne Museum, I learnt about the diverse range of rocks and minerals situated underneath the earth. Back in the classroom, we filled in a booklet using our photographs and a dichotomous key to classify the rocks.
Overall, it was an enjoyable and pleasant experience that taught us independence, city life and it also furthered our knowledge in Humanities and Science. 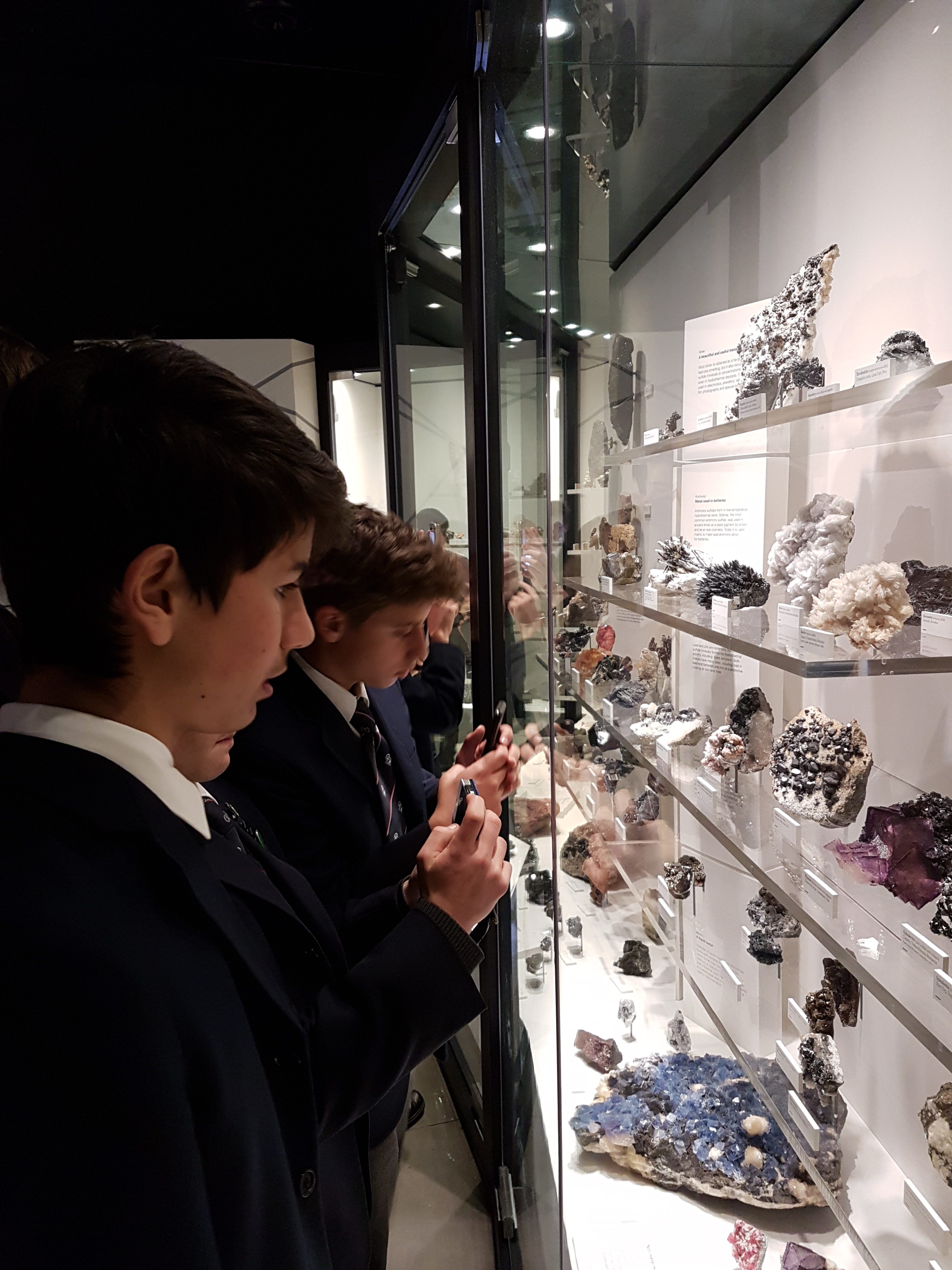 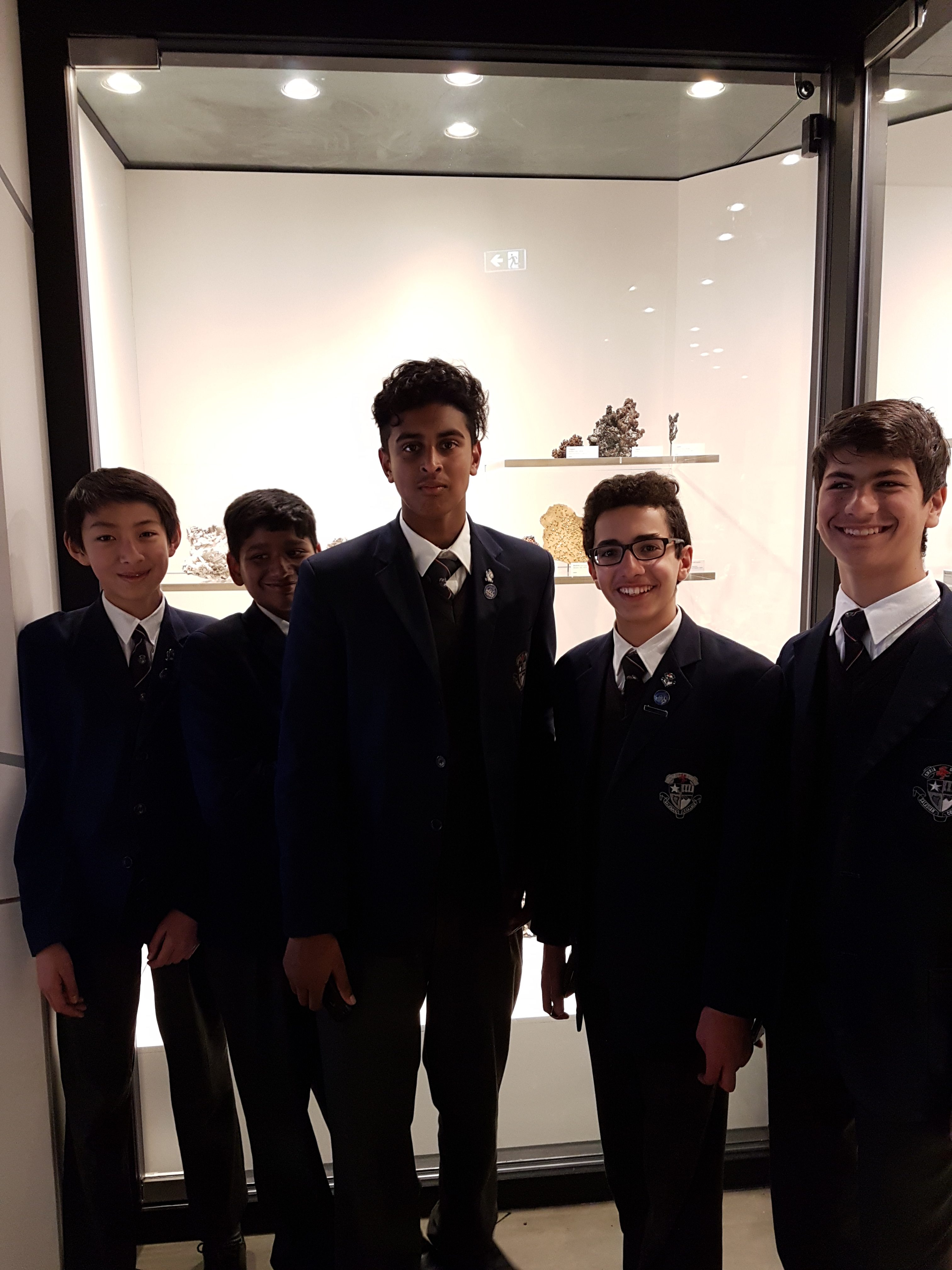 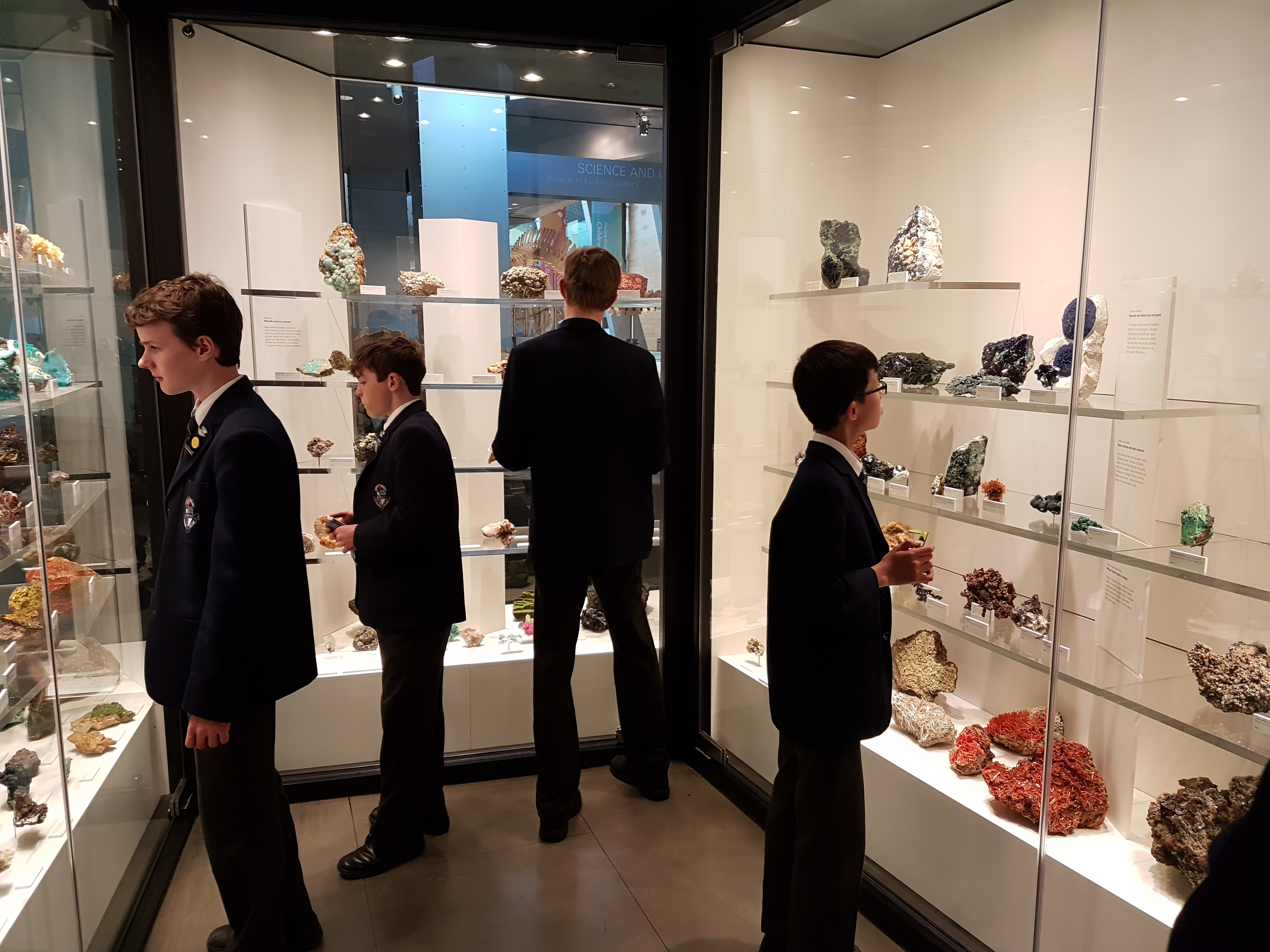