I am writing these reflections on the eve of the solemn feast of Mary Help of Christians. This is a very significant event, both for the Catholic Church in Australia, and for the Salesian Family around the world.

Each year on 24 May, a large crowd of devout people attend various ceremonies at the Basilica of Mary Help of Christians in Turin. The celebration culminates with an evening procession with the statue of Mary around the streets near the Basilica, which is brightly lit up. This year marks the 150th anniversary of the official opening and blessing of that church, built by Don Bosco himself between 1862 and 1868.

The title “Mary, Help of Christians”, has strong biblical foundations. Mary, as the Mother of Jesus the Son of God and the Saviour, was the first Helper of Jesus in his mission – like any mother would be for her children. She also stood at the foot of the cross of Jesus, and was present with the Apostles when the Church was being established in Jerusalem.

John Bosco was born in 1815, a year after Napolean was forced to release Pope Pius 7th from imprisonment in France. In 1814 the Pope returned to Rome, and attributed his release to Mary, Help of Christians. All Catholics in Europe had engaged in a prayer crusade to Mary to have the Pope released. So the title Mary Help of Christians was very familiar with Catholic communities in Turin, France, Spain, Ireland, etc. No wonder that Don Bosco grew up with a special fondness for this title and devotion.

During that same period, in Australia, an infant Church made up of a few Catholics, mainly Irish, without priests, struggled to keep the faith alive. A small group in Sydney would meet on Sundays, in secret, to recite the Rosary to Mary.   So when the first Irish priest, Father Therry, was finally allowed to build a church, he dedicated it to “Mary, Help of Christians”.

A few years later, in 1844, the first gathering of the Catholic Bishops in Sydney decided to choose Mary, Help of Christians, as the Patroness of Australia.

In 1862 Don Bosco instructed an architect to draw up plans for a church dedicated to Mary , Help of Christians. Due to the political connotation of the title (Napoleon, Pius 7th, Franco-Italian relationships, etc.), the Council of the city of Turin rejected the plans, and advised Don Bosco to change the title! Initially Don Bosco agreed to call the church “Mary Immaculate”, but as the building progressed, he kept on referring to it as the church of Mary, Help of Christians, and that title received wide-spread approval among the population.

Mary, under this title, became known as “Don Bosco’s Madonna”!

It was around this time that Don Bosco told the Salesians: “Our Lady wants us to honour her under the title of Mary Help of Christians. The times are so bad that we need the help of the Blessed Virgin Mary to preserve and safeguard the Christian faith”.

One wonders – Have the times got any better since Don Bosco made that claim?

Like St John, the beloved disciple, let us welcome Mary in our home. 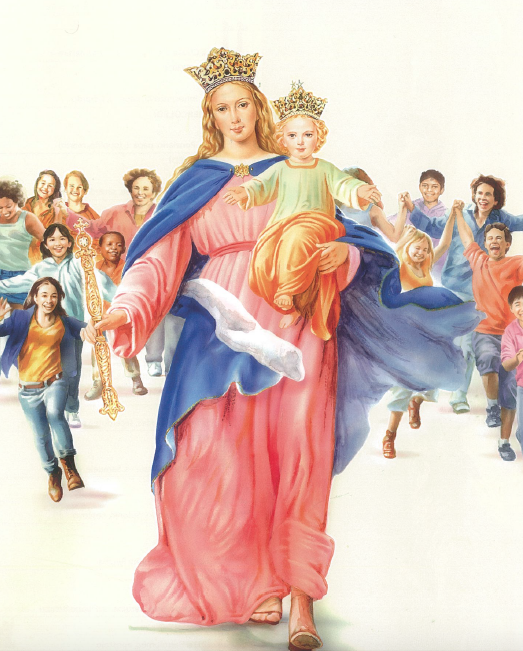 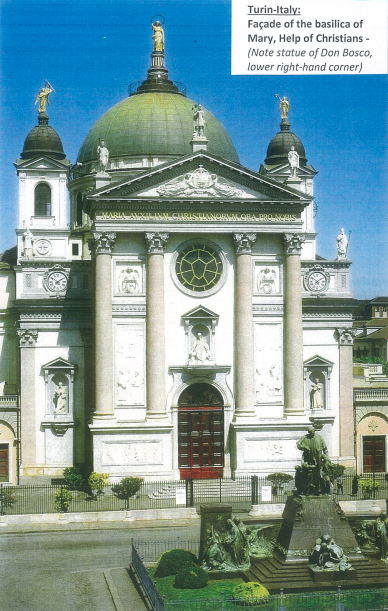 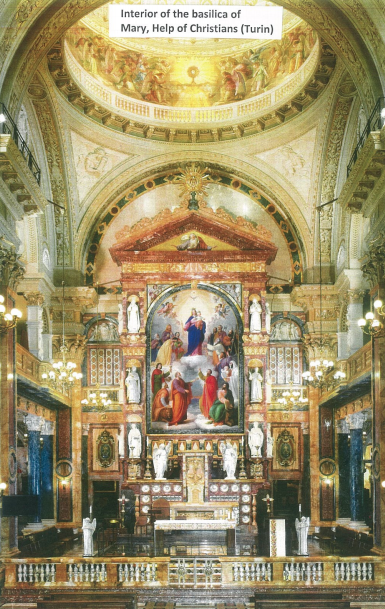