During our final Legal Studies class we had the pleasure of doing something a little different to finish Term One, re-enacting Steven Avery’s murder trial.

Avery was a challenged individual with an IQ below 70, who attended a school for “slow children.” He was also the kind of child who got into a lot of trouble with the law growing up. He was convicted of robbing bars, burning animals and even ramming his car into his cousin’s car. However, in 1985 Avery was wrongfully accused of the sexual assault of Penny Beerntsen and issued a sentence of 32 years imprisonment. In 2002, after serving 18 years he was found innocent through DNA testing not available at the time of his trial, and was released. Interestingly, two years later he was charged with murder.

Our class was instructed to divide ourselves into three groups (the jury, the defence and the prosecution). The defence and prosecution were given a handout of evidence to try and persuade the jury to vote for Avery’s prosecution or acquittal. While the prosecution explained how the victim’s body was buried next to Avery’s house, the defence team rebutted the accusations by detailing how the Manitowoc county police department weren’t qualified to investigate the case as they wrongfully prosecuted Avery in 1985. Additionally, they explained that the Manitowoc police had a vendetta against Avery because his counter suit of the police department was extremely damaging to their reputation and could therefore been a motive to plant evidence against Avery.

As the evidence and accusations went back and forth, the defence were able to convince the jury of Avery’s innocence. The jury’s explanation for their decision was That there was too much “dodgy evidence” to prosecute the accused. This interestingly contrasts with the real outcome of the case, as Avery was found guilty of the murder.

In all, the activity was a fun and immersive experience about American crime and punishment which served as a fantastic break from learning about politics.
– Connor Hodinj 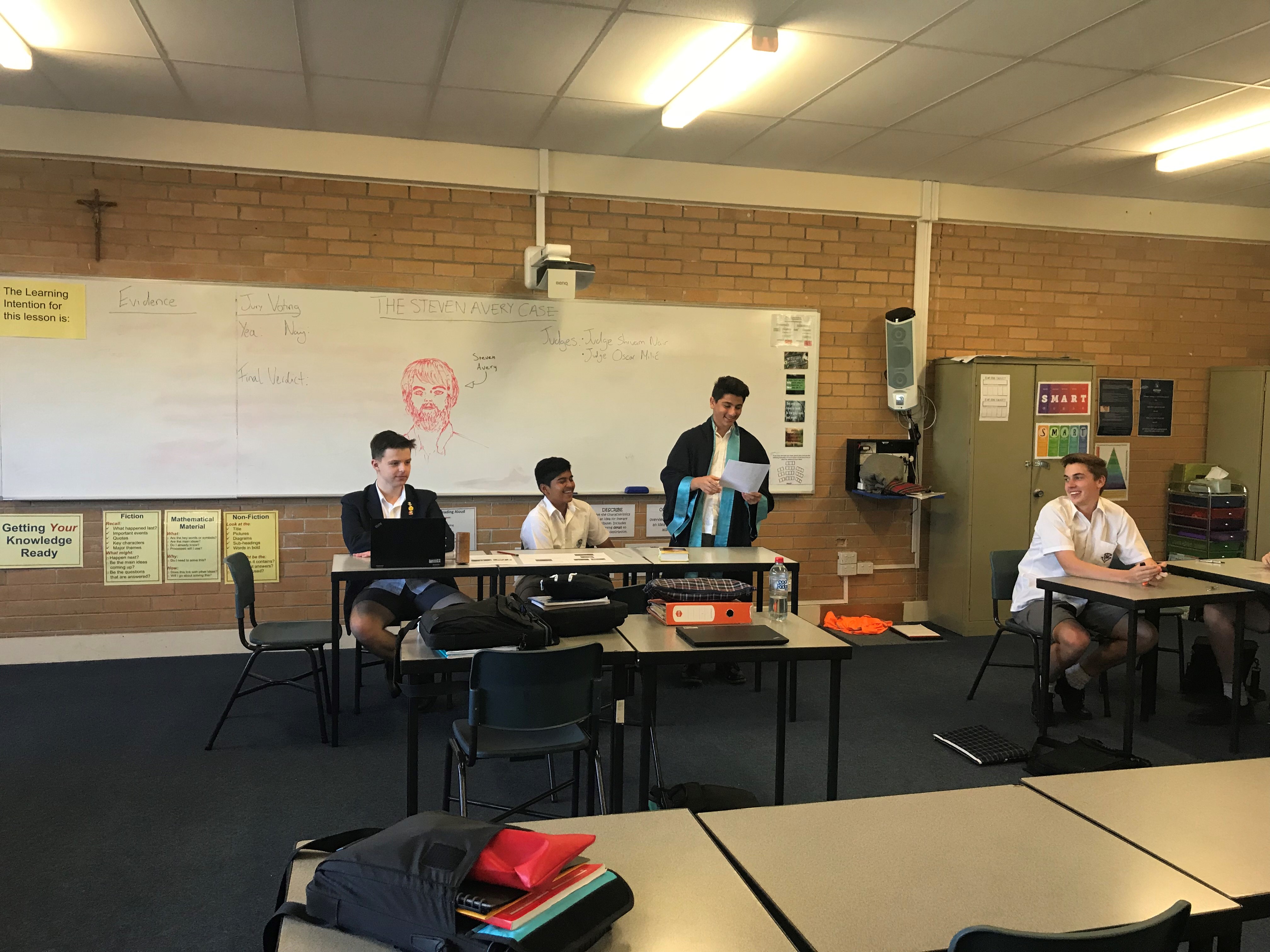